HOUSTON–Increased rate of penetration and decreased time to total depth long have been the key metrics by which drilling performance is gauged. As laterals have grown longer, a third measure of directional drilling success is emerging: the precision of wellbore placement. For today’s drilling campaigns, a crucial differentiator is knowing where high-yield production zones are located and being able to place wellbores exactly where needed to hit those zones.

The ability to stay on target and in zone while increasing ROP and slashing drilling times is made all the more challenging by infill development of resource plays. As reservoir development proceeds, the number of horizontal wells drilled in a given field or unit climbs. These new wells often are in proximity to parent horizontal and legacy vertical wells, driving a noticeable increase in the risk of wellbore collision.

While gyro technology has progressed continually over the years, the successful development of a solid-state gyroscopic survey tool is the biggest game-changing innovation in years. Designed to change the way the industry views gyroscopic surveying, solid-state gyros use Coriolis vibratory technology to bring several advantages to wellbore placement precision and directional drilling accuracy compared with conventional spinning-mass gyro systems.

In principle, a gyroscope is any device that measures rotation. Spinning-mass gyroscopes rely on the fact that a spinning mass will maintain its angular momentum when subjected to a rotation. That property results in relative rotor displacements that can be detected and used to measure the rotation rate. Solid-state gyros involve a Coriolis vibrating element. The rotation rate is determined by the vibrating element, which changes the plane of vibration when rotated.

This new solid-state gyroscopic technology uses an advanced sensor package to measure the Earth’s rotational rate, precisely and accurately determining inclination and true north. Able to tolerate harsh downhole conditions with extreme levels of vibration, shock and temperature, the system also reqires less time to take surveys than traditional systems. It is positioned as the foundational technology to effectively “power” the next generation of surveying tools, including a new all-attitude, solid-state, drop gyro system.

The new drop gyro system integrates two independent three-axis sensor probes. The three-axis sensor package and electronics, including memory and data processing, are only 19 inches long, and require only 32 seconds to measure the Earth’s rotation and gravity fields. The solid-state gyro can operate to 302 degrees Fahrenheit with no time limitation, and the low power requirements and battery/memory capacity allow it to collect data for as long as 10 days while eliminating backreaming restrictions.

Moreover, the technology seamlessly collects surveys during pipe connections, meaning no additional rig time is necessary. It provides increased accuracy over typical surveying tools while eliminating the need for regular calibrations. Mass unbalance error, a somewhat common calibration shift, also is eliminated. Quality control of the new system is robust, with independent, third-party verification now possible. Finally, solid-state gyros also reduce the ellipse of uncertainty (EOU) by a wide margin, making the added costs and complexity of in-field referencing (IFR) and multistation analysis (MSA) corrections a thing of the past.

The EOU is helpful when wellbore collision is a significant concern. An EOU models the uncertainty around the wellbore trajectory where the lateral dimension is proportional to the azimuth error and the high-side dimension is proportional to the inclination error. Incorporating solid-state gyroscopic technology can make a substantial difference in the outcome of EOU results, which in turn minimizes the risk of collision with an adjacent or parallel wellbore, and potentially improves hydrocarbon recovery factors by placing a wellbore with pinpoint precision into a production sweet spot.

A Utica Shale operator drilled a three-mile horizontal well in a southeastern direction. The operator ran conventional measurement-while-drilling surveys combined with IFR, bottom-hole assembly sag, and MSA corrections. The MWD tool was intermittently failing to provide surveys on the last 4,000 feet of the wellbore, leading the operator to suspect that the wellbore was drifting from its planned path. Because of the missing and invalid MWD surveys, the operator required a solution that would allow the well to be resurveyed while minimizing the amount of associated downtime.

The new solid-state gyro surveying system was run in a single trip in combination with third-party cement bond logging and casing collar locator tools on wireline while logging out of the hole. The system was run without using any additional rig time while logging from a total depth of 25,634 feet. The operator was able to take high-accuracy, high-speed surveys every 32 seconds. After running the gyro, improvements were made in several areas. First, the EOU was reduced by 65% versus conventional MWD surveys with IFR, BHA sag, and MSA corrections, dramatically improving survey accuracy and precision (Figure 1).

Making this correction, the well’s bottom-hole location laterally moved 210 feet and identified a declination error of 0.92, which proved that there was more drillable space for future wells (thus more recoverable reserves) than estimated. Second, by running the new system to TD during the well’s planned logging run, the operator saved 36 hours of rig time that would have been required to replace the failed MWD tool.

In the Permian Basin, an operator was looking for a way to improve the cost efficiency of his post-drilling surveys. Traditionally, a post-drilling survey in the lateral would require a host of on-site equipment, including pumping and wireline trucks, as well as a minimum of 12 hours of dedicated rig time to run an electric-line gyro. By incorporating a drop survey landing in the BHA and using the rig’s circulating time as the pump-down regime, the operator aimed to save rig time while also reducing the risk of stuck pipe.

The solid-state gyro provided a drop multishot survey in the well’s lateral section while tripping out of hole, with the system pumped into the well during the rig’s standard circulating time. It did not require a nonmagnetic collar, which would have increased the cost of the BHA, and its dual-probe configuration provided data redundancy and higher accuracy. By confirming that an agitator was not in the drill string, the gyro was able to add a landing point directly into the BHA significantly closer to the bit, thereby increasing the survey’s effectiveness. Using the drop survey method saved the operator 15 hours of rig time. Although using this survey method previously was impossible in the lateral hole section, implementing the solid-state gyroscopic technology eliminated the inclination restraints of traditional surveying equipment. The operation used the time the rig was circulating fluid to clean out the wellbore, with this regime able to effectively pump the equipment through the lateral to the landing point. In addition to saving $28,000 in rig time and additional third-party services, the operator also reduced EOU in the well to enable more accurate wellbore placement (Figure 2).

A Denver-Julesburg Basin operator was drilling a horizontal well in a westerly direction using traditional MWD surveys. The well was being drilled from a pad with a high density of existing wells and rapid drilling operations, preventing the use of real-time MSA corrections and/or wireline operations.

While typically MWD surveys had been sufficient, the operator’s application in this instance required extremely tight and accurate lateral spacing to be successful. With the objectives of minimizing survey error and ensuring precise well spacing, the operator decided to implement the solid-state gyro system based on its ability to survey at all inclinations with much higher accuracy than otherwise available (Figure 3). Using three orthogonal solid-state gyroscopes, the system effectively eliminated errors in the east/west surveys. The operator intended to survey the entire well while tripping out of hole to identify the definitive bottom-hole location. The gyro data enabled the operator to correct the bottom-hole location by 91 feet while reducing the EOU by 65%. Using the system in drop mode allowed the operator to avoid an estimated 10-12 hours of rig time from running a time-consuming, costly wireline operation.

In addition, the operator saved more than $60,000 in costs associated with the equipment and personnel that would have been necessary with a traditional system. Given the success of this deployment, the operator intends to use the solid-state technology on his next five wells, which when combined with the first well, is estimated to achieve total savings in excess of $360,000.

The relevance of wellbore placement will only increase as the technical and economic landscape continues to change. Simply drilling more and more wells in shale plays and forsaking long-term production for higher initial rates no longer is an option. Going forward, it will be up to operators to take the proper steps to better place wells before they encounter issues. On this path, using solid-state gyro technology as part of a drilling program with accuracy and precision at the forefront will be critical to achieving success.

ADRIÁN LEDROZ is vice president and chief scientist of wellbore placement at Gyrodata. He serves as the primary technical expert on downhole surveying and inertial sensor technology, including Gyrodata’s SPEAR™ system, a core component that drives the company new drop surveying system, OmegaX™. Ledroz oversees the company’s survey systems development group for all downhole directional tools. He also serves as the program chair for the Industry Steering Committee on Wellbore Survey Accuracy (ISCWSA). Previously, he worked as a research and development engineer, technical services manager for gyro surveying, and project manager for new technologies. Ledroz holds a B.S. in biomedical engineering from Universidad de Entre Ríos in Argentina, and an M.S. in electrical engineering from the University of Calgary.

CHRIS HARTLEY is wellbore placement adviser, measurements, at Gyrodata, where he provides technical expertise to support the continued growth and innovation of the company’s product lines. Hartley has spent more than 35 years in the oil field services sector in technical management, product development, and client interface roles across the entire spectrum of drilling and measurements applications, including survey management, LWD, RSS, MWD and training. He previously worked for Weatherford, Precision Drilling and Halliburton. Hartley holds a B.S. in petroleum engineering from Marietta College.

STEPHEN FORRESTER is content development manager at Gyrodata, where he oversees technical writing and strategic communications initiatives for the company’s gyroscopic surveying, drilling services, and wireline product lines. Previously, he worked at National Oilwell Varco in several technical writing roles, covering everything from rig equipment and completion tools to BHA design, downhole drilling dynamics, and drilling automation. Prior to that, Forrester worked in the oil and gas division of Lloyd’s Register, where he was a technical editor for reports on inspections and certifications of subsea blowout preventors. 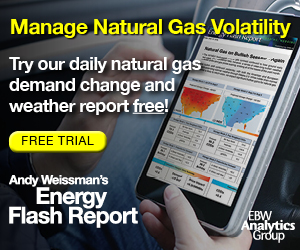