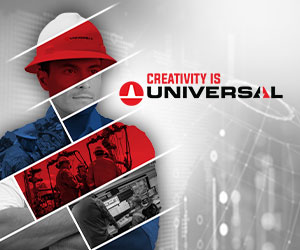 Regulatory requirements, pressure from investors and the public, and growing interest from buyers in gas that is certified as “responsibly sourced” are all motivating factors in the oil and gas industry’s quest to reduce methane emissions, while putting more gas into the sales line.

Eventually, advances in atmospheric monitoring, machine learning and sensor technology may allow companies to use satellites to locate methane leaks, envisions Mims Talton, president and chief executive officer of Flogistix. For now, though, such technologies are not ready to fill that role. “The information they can provide today does not have the resolution to be actionable,” he says.

Historically, the industry has found well pad leaks with more terrestrial methods, such as handheld cameras. Today, a more aerial approach is making detection more efficient and effective, Talton says. “Drones have remarkable repeatability,” he comments. “They can stay within a few centimeters of a planned flight path and repeat that path on job after job, which means we can do an extremely thorough inspection, record the flight path, and have the drone automatically repeat the inspection the next time we come out.”

To inspect well pads, compressor stations and complex gathering line networks, Flogistix uses a helicopter-like rotary drone that can hover and move in any direction, notes David Martinez, who oversees operations for Flogistix’ leak detection services. While rotor drones fly slower than those with fixed-wing designs, their maneuverability makes them ideal for close-up inspections, he explains. “We fly at least 360 degrees around every component that can leak to get the best angle for the optical gas imager or other leak detection tool,” he assures.

Martinez points out that drones improve safety by eliminating any need for inspectors to climb onto storage tanks, a common source of leaks.

For equipment housed inside a cabinet or building, or located beneath objects too low for the drone to fly under, cameras remain relevant. But for most equipment, Martinez says, drones are more efficient, thorough and affordable.

Learning to perform thorough drone inspections takes patience, Talton says. “We developed our procedures through trial and error,” he relates. “We would create tiny leaks and then use different pieces of equipment to find them, which let us sort out the strengths and weaknesses of each sensor type, whether it is a methane sniffer, an optical gas imaging camera or a laser. That experimentation has given us a practical understanding of how to get accurate data quickly and consistently.”

Turning the data into useful reports rarely takes more than 72 hours, and most reports are complete in a day, Martinez reports. “We are oil field people, so instead of merely pointing out where a leak is occurring, our reports explain in detail what is going on,” he describes. “For example, we can tell whether a leak comes from a thief hatch, the flange gaskets on a pipeline or a dump line.”

Drones’ thorough and repeatable inspections are helping the industry find leaks that are more difficult and expensive to notice with only handheld cameras and gas balancing techniques, Martinez says. He indicates operators and pipeline companies appreciate that capability. 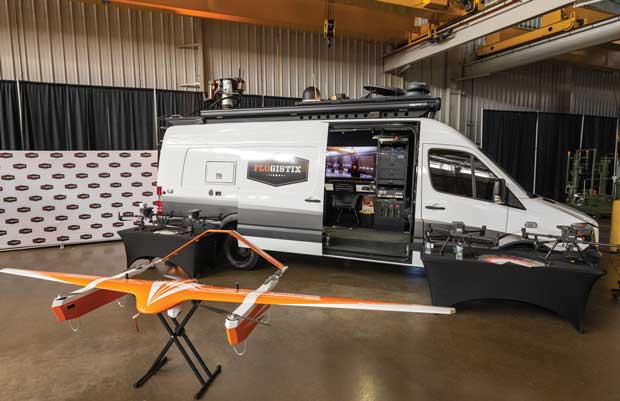 Thanks to precise flight paths and increasingly sophisticated sensors, unmanned aerial vehicles are helping companies find methane leaks more quickly and consistently. This is true of both fixed-wing UAVs, which have the endurance to handle long pipelines, and rotor drones, which have the maneuverability to thoroughly inspect well pads, compressor stations and other facilities.

“The public often thinks people in oil and gas do not care about the environment, but almost everyone I have worked with is trying to do the right thing,” he reflects. “We all live in the same communities and want everybody to go home safe and happy.”

Many companies use the data from repeat inspections to prevent leaks before they start, Martinez relates. “For example, some of our customers have noticed that certain valves leak even when their technicians change out parts and do other maintenance frequently. That can be a sign the valve is the wrong model for the application, but it also may indicate faulty parts or incorrect procedures for seating or repairing the valves. Those problems can be fixed.”

The extra gas sales from repairing leaks frequently pay for LDAR inspections, Martinez adds. “How quickly the inspection pays out will depend on how many leaks we find and their type,” he notes. “A large leak can cover the inspection by itself, but so can several small leaks, especially when gas and liquids prices are high.”

Talton mentions that a few companies have deployed drones to evaluate potential acquisitions. “Before companies close on a deal, they often inspect a property for leaks so they know what they are getting into,” he says. “Eventually, these inspections likely will become standard practice.”

Other companies hire Flogistix’ drones to construct 2-D and 3-D models of their assets, Talton continues. “These models are so detailed that engineers can see the brand and model of the valves and pipes installed throughout the pad or facility,” he illustrates. “They are a huge improvement over the drawings in a typical oil and gas asset file.”

The digital twins can help engineers understand recently-acquired assets, plan changes at existing sites or verify that construction has gone as expected, Talton says. “Drones also could be deployed to site and permit wells and pads,” he assesses.

To reduce pipeline inspection costs, Flogistix has partnered with Commaris, the manufacturer of a fixed-wing drone that can fly as fast as 75 miles an hour and stay in the air for more than three hours, depending on the payload. “We looked all over the world for drones that combined a high flight time and the carrying capacity for methane sensors with the speed to complete long-range inspections quickly,” Talton says. “Commaris’ aircraft is the only one that meets our criteria.”

The unmanned aerial vehicle achieves long flight times thanks to a 15-foot wingspan, lightweight construction and compact batteries, says Fred Bedard, the director of sales, marketing and flight operations for Commaris. He adds that the UAV runs very quietly; it relies on batteries rather than engines for power, gets its lift while cruising from its large wings instead of lift rotors, and gets its speed from a single propeller in the back.

“On most missions, people and animals on the ground are only exposed to 43 decibels from the UAV, which is quieter than most people talk,” he details. “That lets the UAV fly over a ranch without disturbing the residents or spooking cattle.”

Bedard stresses that unlocking the drone’s full potential requires the right payload. “Most of the methane sensors in use today were designed for rotorcraft drones, which move at a much slower speed. If we fly at maximum speed, it’s like trying to capture motion on a camera with the wrong shutter speed,” he compares. “The sensors still get some data, but the resolution and reliability no longer meet expectations.”

Flogistix and Commaris have partnered to develop sensors that enable faster inspections, Bedard relates. “Developing sensors in-house is not our primary focus, but Flogistix has had so much success in the oil field inspection market and shown so much commitment to improving the technology that we have decided to commit to the project,” he says. “The early test results have been promising.”

To fly drones beyond the pilot’s line of sight, companies must obtain a Federal Aviation Administration waiver, Bedard notes. “Under most conditions, a pilot can only see a typical drone a mile away. We may be able to add a few miles by installing strobe lights on the bottom like the ones on planes, but we still need to seed the route with observers if we want to fly quickly.”

Inspections may be performed at a much lower cost with a Beyond Visual Line of Sight waiver. “The FAA takes its duty to protect public safety seriously, so it only issues waivers when it is confident a UAV can complete its mission without harming people or property,” he assures. “In practice, that means the UAV needs to fly as long as expected and avoid collisions.”

It’s possible to alleviate safety concerns by installing cameras on Commaris’ UAV that give the pilot a 360-degree view, but such cameras are expensive and take up half the aircraft’s payload capacity. Instead, Bedard recommends mitigating risk in other ways.

“One of the biggest methods for limiting risk is redundancy,” he suggests. “Because our UAV is designed for industrial applications rather than hobbyists, it has two GPS systems, two rudders on the back with separate control systems, and two ailerons on each wing with independent servo motors. If any of these components fail, we should still be able to fly safely. 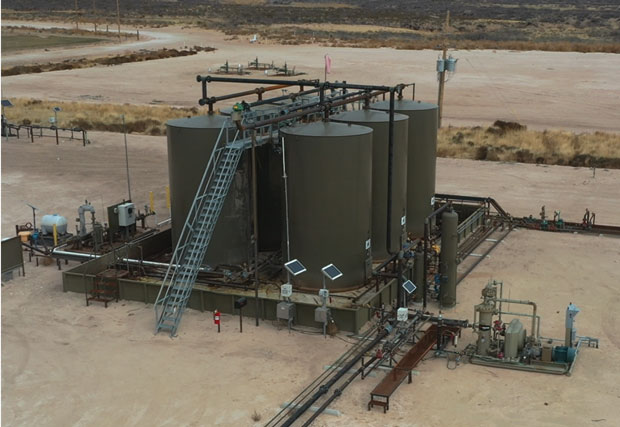 Drones have made finding and repairing leaks so affordable that, on many sites, the extra methane sent to market covers the cost of the inspection. They also improve safety by allowing operators to check storage tanks and thief hatches without asking workers to climb them.

“Instead of controlling the aircraft with a joystick, our pilots program the route using a touch screen on a rugged laptop,” he adds. “Through clicks and taps, they tell the UAV where to fly, how fast it should go and what to do, then let the UAV handle the specifics of how to follow that flight plan. This frees the pilot to focus on the big picture and minimizes the chance of human error.”

Commaris makes sure any paperwork it submits to the FAA is thorough and well-organized, Bedard mentions. As someone who has flown planes and helicopters and has served as an FAA safety representative for the past decade, he says he knows how to speak to regulators in a way that resonates.

Building trust with regulators takes work, but Bedard says the UAV’s capabilities make that challenge worth tackling. “People are using UAVs to save lives,” he says. “For example, one of our partners has developed a portable, three-pound cell phone tower for search and rescue operations. If a hiker gets lost in an area without coverage, our UAV can rapidly carry the cell phone tower to that area, pinpoint the hiker’s location and send a text message asking if anyone needs medical attention.”

In Switzerland, the miniature cell phone tower located hikers who were buried in snow because of an avalanche, Bedard recounts. He says the same technology can help find kidnapping victims by looking for the cell phones of likely abductors.

“For the Coast Guard, UAVs with infrared cameras can search square miles of water for survivors’ heat signatures, then report back so the rescue helicopter can go exactly where it needs to go as fast as possible,” he relates. “During wildfires, drones can perform monitoring historically handled by helicopters, allowing firefighters to get critical information without putting more lives at risk.”

These life-saving uses will be easier to market and perfect as drones’ industrial applications continue to gain momentum, Bedard predicts. He says the oil and gas applications will only get more exciting as sensors improve and drones build a track record of safely operating outside FAA’s default limits.

“Without a waiver, under current limits, it would take a full day and several observers to inspect a 100-mile pipeline for leaks,” he estimates. “If we can fly at full speed, we may be able to complete the same inspection in an hour and a half.”