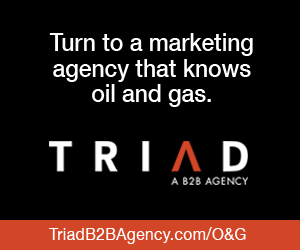 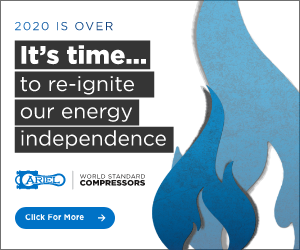 WEXFORD, PA.–The Pennsylvania Independent Oil & Gas Association has expressed its disappointment with Governor Tom Wolf for vetoing legislation that would have eased regulations on the state’s conventional oil and gas wells.

PIOGA explains that Pennsylvania’s current regulatory structure as imposed by Act 13 of 2012 was enacted as a response to the rapid build-out of the unconventional gas industry. Many of its provisions are overkill for shallow oil and gas operations, the association contends, and SB 790 was drafted to address those inequities. While some provisions echo proven requirements established by the original Oil and Gas Act of 1984, many sections of SB 790 go beyond the earlier law to reflect current industry practices, PIOGA notes.

It says the 76-page bill would have regulated all aspects of conventional oil and gas well operations: permitting, bonding, drilling, production, waste disposal, and plugging and abandonment, as well as potential problems such as leaks, spills and damage to water supplies.

Many of SB 790’s provisions recognize the far smaller scale of conventional operations and the diminished potential for environmental impacts, PIOGA points out. One of the inequities the association says it addresses is the industrial-scale site restoration requirements of Act 13.

SB 790 also laid out different requirements for assessing a potential well’s impact on public resources, responding to spills and restoration of water supplies that were damaged or diminished, PIOGA mentions.

It adds the legislation originally would have restored the practice of allowing brine to be spread on dirt roads as a dust suppressant, but this provision was removed as a concession in the House. Another concession was lowering the minimum spill reporting requirement from five to two barrels of oil and from 15 to five barrels of brine.

“While the governor and the Department of Environmental Protection acknowledge the need for separate regulations for the conventional oil and gas industry, they continue to use Act 13 as their building-off point,” comments PIOGA President and Executive Director Dan Weaver. “We are particularly frustrated that the veto was based on a false narrative created by the DEP. The department clams the legislation would roll back protection for drinking water supplies, while in reality the bill mandates that replacement supplies meet Safe Drinking Water Act standards or be comparable to the quality of water prior to impact. No other industry is held to an unreasonable standard that would require an operator to provide an improved water supply.

“The conventional oil and gas industry has operated for more than 160 years in an area of the state that is touted for its pristine natural beauty, and SB 790 would not have changed that,” Weaver holds.

BATON ROUGE, LA.–Louisiana Governor John Bel Edwards has vetoed legislation that would have provided temporary severance tax relief for new wells, or shut-in or orphan wells placed back into production.

The state legislature gave final approval to HB 29 by Representative Phillip DeVillier, R-Eunice, during its Second Extraordinary Session on Oct. 21. Governor Edwards vetoed it on Nov. 12, the last day he could act before the bill became law without his signature, notes the Louisiana Oil & Gas Association.

“This legislation would have stimulated some critically needed economic activity in our state, and while it did not pass, we remain hopeful and optimistic,” expresses LOGA interim President Mike Moncla. “We believe Governor Edwards gave strong consideration to the merits of the issue, and it is our job over the next few months to illustrate to the governor, the Department of Natural Resources and key legislators why this bill is so important. We look forward to that opportunity.”

HB 29 would have provided a temporary severance tax exemption to new wells, shut-in wells or orphan wells placed in production between Jan. 1, 2021, and Dec. 31, 2023. According to the text of the legislation, the exemption would have lasted:

At the time the bill passed the legislature, the Louisiana Legislative Fiscal Office estimated it could cost the state nearly $25 million over three years, according to published reports. But LOGA points out that the state’s severance tax collections have fallen from $328 million in 2018 to an estimated $180 million this year, which it attributes to the number of shut-in wells.
“(HB 29) is smart economic policy,” Moncla argues. “After six months of producing, the state then would begin to reap the benefits of taxes on wells that otherwise would just be shut in. Oil companies have shut in 2,266 wells this year. Louisiana has a total of 20,131 shut-in wells. Thousands of these shut-ins are candidates to be worked over.”

LOGA expresses its appreciation to bill author Representative DeVillier as well as Senator Rick Ward, R-Livonia, who championed the bill in the Senate. The association says it “will continue to push for job-creating and revenue-generating legislation next spring in the regular session, as well as continue to work with the state’s leaders to consider how we can improve our state’s economy.”

“The fact all the blocks offered have been offered many times over the last few decades and exceeded expectations by generating $120 million in high bids demonstrates the long term economic promise contained in the world’s preeminent offshore basin,” says Deputy Secretary of the Interior Kate MacGregor.

NETL says the purpose of the new center is to realize the full potential of the vast reserves of U.S. natural gas made possible by hydraulic fracturing by focusing on converting that gas and natural gas liquids to high-value commodities.

Toward that end, NETL says the new center of excellence will seek to bring together multidisciplinary teams in partnership with industry to focus on discovering and deploying innovative technologies.

“The Center of Excellence for Shale Gas Utilization will bring together the brightest minds from across NETL and collaborating universities in partnership with industry,” the DOE agency says in a mid-November announcement. “The center is intended as a self-sustaining entity, which is anticipated to generate more than $100 million of new revenue through a three-pronged approach of business development, technology development, and marketing and communications.”

Helping grow markets for newer uses of natural gas–such as nanocarbons, which show promise as platforms for developing novel catalytic composites–becomes even more important in light of the economic challenges that accompany an oversupply of gas and low prices, NETL reflects.

It says the new center of excellence can play several critical roles that further NETL as both a developer of new technologies and an entity that pushes those technologies beyond the lab and into the hands of commercial users where they will make the most impact.

According to the Petroleum Association of Wyoming, under the state’s Energy Rebound Program announced Nov. 10 by Governor Gordon, operators are eligible for grants up to $500,000 for:

“The Energy Rebound Program is very welcome news to our members and the industry as a whole,” responds PAW President Pete Obermueller. “This program means immediate jobs in Wyoming’s natural gas and oil industry during this challenging time. Governor Gordon and his staff should be applauded for their strategic approach.”

Obermueller points out that each well completed, refractured or plugged under the program will require an additional investment by the operator, and will preserve and create jobs, resulting in additional state and local tax revenues.

“The oil and gas industry is a huge contributor to Wyoming revenues, employment and its overall economy,” Governor Gordon observed in announcing the program. “These dollars will assist in our state’s economic rebound.”

PAW says the natural gas and oil industry paid $1.67 billion to state and local governments in 2019.

AUSTIN, TX.–Texas’ three railroad commissioners on Nov. 4 approved a revamped Form R-32, Application for Exception to Statewide Rule 32, to be used by oil and gas operators to apply for an exception to flare natural gas. The new Form R-32 replaces the Statewide Rule 32 Exception Data Sheet.
The RRC emphasizes that the commissioners’ action changes the application for flaring exceptions, not the state’s flaring rule.

The commission published a proposed version of its flaring exception application in early August (AOGR, August 2020, pg. 19). Based on 26 sets of comments it received, the RRC says the revised Form R-32 makes changes to how information is organized along with improved instructions, while maintaining key data that will be required from operators as proposed in August.

According to the commission, Form R-32 will:

Published reports say an operator will be required to justify not shutting in a well to avoid flaring or venting gas and/or explain why the gas cannot be sold or used for other beneficial purposes.

Eventually, the RRC says, Form 32 will be part of a Rule 32 computer program for submitting flaring requests online, which also will provide the agency with a better mechanism for compliance audits and data analytics. Until the online program is available, which the RRC says is targeted for spring, operators may use either the current application for exceptions to flaring or the new Form 32.

DENVER–Bonanza Creek Energy Inc. and HighPoint Resources Corp. have announced a definitive merger agreement to combine in a transaction valued at $376 million.

Bonanza Creek says the boards of directors of both companies have approved the transaction, under which Bonanza Creek will issue 9.8 million shares of common stock and up to $100 million in senior unsecured notes to HighPoint equity and debt holders. The transaction is expected to close in first or second quarter 2021.

Adds HighPoint President and CEO Scot Woodall, “The transaction provides HighPoint stakeholders with the opportunity to participate in a larger DJ Basin producer with both an attractive balance sheet and free cash flow profile.”

After adding HighPoint’s assets, Bonanza Creek says it anticipates pro forma fourth quarter production of 50,000 barrels of oil equivalent a day and a rural Weld County, Co., leasehold of 206,000 net acres, all of which the company says is in unincorporated areas not subject to municipal regulation and only 8% of which is subject to federal mineral or surface regulations.

“This strategic transaction represents another deliberate step in our disciplined repositioning strategy. We strengthened our position as a premier producer in the Appalachian Basin with an at-market, accretive acquisition that provides a step change in free cash flow,” says Southwestern Energy President and Chief Executive Officer Bill Way. “We are delivering on our commitment of at least $30 million in synergies, and we look forward to unlocking additional value as the newly combined team brings innovation and demonstrated operational efficiencies to these high quality, complementary assets.”