KANSAS CITY, MO.–Results from a couple of quarterly regional Federal Reserve Bank surveys point to an oil and gas industry that has been hard at work and growing, even as challenges continue to raise questions about what’s to come.

The Federal Reserve notes that its 10th district encompasses the western third of Missouri; all of Kansas, Colorado, Nebraska, Oklahoma and Wyoming; and the northern half of New Mexico, while the 11th district covers Texas, northern Louisiana and southern New Mexico. Data for the 10th District survey was collected between Sept. 15th and Sept. 30th, while 11th district data was collected Sept. 14-22.

The Dallas Fed reports activity in the oil and gas sector expanded at a strong pace in the third quarter, according to oil and gas executives that responded to its energy survey. The business activity index–the survey’s broadest measure of conditions facing 11th District energy firms–remained elevated at 46.0, but short of the second quarter’s record-breaking 57.7. “This suggests the pace of the expansion decelerated slightly but remains solid,” the Dallas Fed assesses.

Percentage Who Expect Significant Tightening of the Oil Market By the End of 2024. 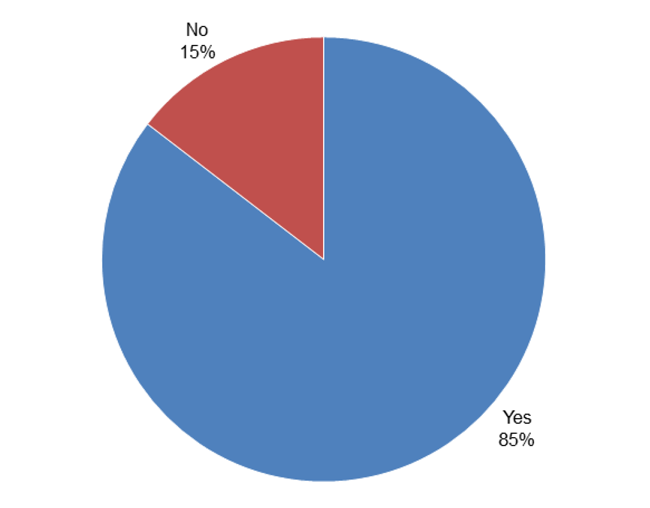 A special question in the Federal Reserve Bank of Dallas’ Energy Survey found that a vast majority of surveyed executives said they expected a significant tightening of the oil market by the end of 2024.

NOTE: Executives from 144 oil and gas firms answered this question during the survey collection period, Sept. 14-22, 2022.

According to the bank, costs increased for a seventh straight quarter, with the indexes near historical highs. Among oil field services firms, the index for input costs remained elevated but slipped from its series high to 83.9. None of the 58 responding oil field services firms reported lower input costs, the Dallas Fed notes. Among production companies, the index for finding and development costs was 64.7, a dip from its high last quarter of 70.6. Additionally, the index for lease operating expenses eased to 70.2 from the second quarter’s high of 74.1.

While the industry continues to endure supply chain challenges, third quarter survey results suggest their severity is moderating, the Dallas Fed assesses. “It is taking longer for firms to receive materials and equipment,” the report says. “The supplier delivery time index remained elevated at 28.4 in the third quarter, down slightly from a series high of 31.9 in the second quarter. Among oil field service firms, the measure of lag time in delivery of services declined from 36.0 to 21.1 but remained well above average.”

Other data tracking the service sector suggests those companies are enjoying better days, the Dallas Fed finds. “Oil field services firms reported broad-based improvement, with key indicators remaining in solidly positive territory,” it says. “The equipment utilization index remained elevated but fell from 66.7 in the second quarter to 55.2 in the third. The operating margin index remained positive but declined from 32.7 to 25.4. The index of prices received for services inched higher, from 62.7 to 64.9–a record high.”

Regarding personnel, the Dallas Fed states, all 11th District labor market indexes remained elevated in the third quarter, revealing strong growth in employment, hours and wages. “The aggregate employment index posted a seventh consecutive positive reading, increasing from 22.6 in the second quarter to a record 30.0,” the survey details. “The aggregate employee hours index was 33.3, close to its historical high. The aggregate wages and benefits index remained elevated and was largely unchanged at 47.3.”

The company outlook index posted a ninth consecutive positive reading but fell 33 points to 33.1. However, the Dallas Fed says the overall outlook uncertainty index jumped from 12.4 to 35.7, suggesting uncertainty became much more pronounced this quarter, especially among production companies. The uncertainty index was 17.8 for service companies, versus 45.2 for producers, with 53% of producers reporting an increase in uncertainty.

On average, respondents predicted a West Texas Intermediate oil price of $89 a barrel by year-end, with predictions ranging from $65 to $122 a barrel. Survey participants said they expected Henry Hub natural gas prices of $7.97 per MMBtus at year-end, the Dallas Fed adds. For reference, WTI spot prices averaged $85.49/bbl during the survey collection period, and Henry Hub spot prices averaged $8.16/MMBtu.

According to the KC Fed, the pace of growth in 10th District energy activity slid slightly in the third quarter. The drilling and business activity index decreased from 57 to 44. Nevertheless, the KC Fed continues, this marked one of the highest readings in survey history. All other indexes declined but remained positive, except the supplier delivery time index, which eased from 10 to -3. On the other hand, the quarterly indexes for number of employees and wages and benefits rose to record highs.

The future drilling and business activity index decreased from 50 to 25, while expectations for future total profits and capital spending remained steady, the KC Fed details. Oil price expectations increased after dropping the two previous quarters, while natural gas prices predictions fell somewhat from a quarter ago, following a large price increase in Q3.

Energy firms also were asked about changes to the number of job openings at their firm during the last quarter. More than 64% of firms reported an increase in job openings, 7% reported a decrease, and 29% reported no change.

In addition, firms were asked if they expected a significant tightening of the oil market by the end of 2024 from relatively lackluster investment in exploration. Around 79% of surveyed 10th district firms answered “yes,” and of those companies, 97% predicted that some or many financial investors would return to the oil and gas sector (Figure 2). 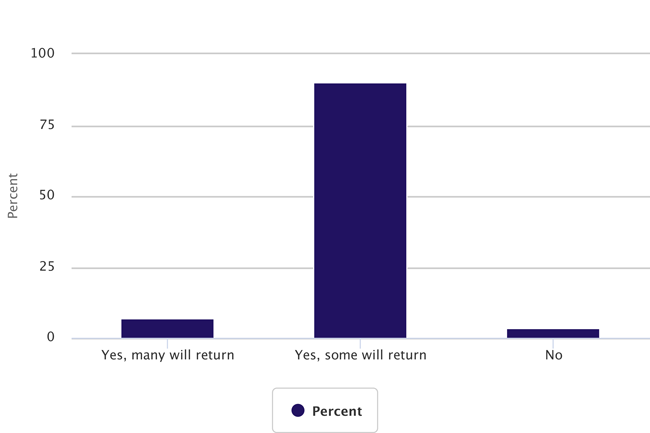 Selected respondent comments printed in the 10th district’s report forecast that supply would outpace demand, with the constraints on the former including underinvestment, depletion and machinations by the Organization of Petroleum Exporting Countries. As for demand, one respondent projected it would “remain high enough because energy transition will be slower than promised in the real world.”

Another selected comment suggested that high U.S. and European pump prices may slide, but not natural gas ones. “Oil prices will moderate, but natural gas prices will not,” the commenter predicted.