Editor’s Note: Since the Marcellus Shale discovery well was drilled in 2004 on the outskirts of suburban Pittsburgh–a mere two-hour drive south of the location of the first successful U.S. oil well drilled in 1859–the play has emerged as the largest natural gas accumulation in North America, with up to 500 trillion cubic feet of estimated recoverable reserves.

Marcellus activity has expanded rapidly into two major core areas encompassing more than 28 million acres along a southwest-to-northeast trending fairway stretching for 500 miles across the Appalachian Basin. The Marcellus has become an almost “too-good-to-be-true” development. With high production rates, liquids-rich gas reserves and favorable economic margins, the Marcellus has made the nation’s oldest basin almost like new again, transforming what a decade ago was considered the most mature U.S. producing region into one of the hottest oil and gas development and investment areas the world over. 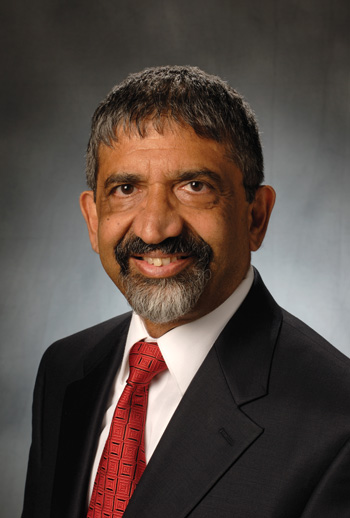 But as remarkable as the Marcellus Shale has been to date, could it be only the first chapter in a bigger story that is now beginning to unfold in eastern Ohio and western Pennsylvania? Underlying the massive Marcellus is an even thicker and more geographically extensive Devonian-aged shale formation that is capturing headlines across Appalachia: the Utica.

The Utica Shale already has been proven up by commercial quantities of oil, gas and natural gas liquids production. What has the industry learned about the Utica’s potential, will operators jointly develop the Marcellus and Utica on the same acreage positions, and what technologies and methods can producers employ to maximize the economics of these plays?

Q: How large is the Utica Shale’s potential? How much of the reserves are expected to be liquids versus dry gas? Geologically speaking, in what ways is the Utica similar to the overlying Marcellus? How does it differ?

Rao: The Utica lies beneath the Marcellus with a lateral extent far in excess of the Marcellus’ span. On average, it is not only thicker, but also more porous because it has a high proportion of carbonate as opposed to clay. However, the total organic carbon (TOC) tends to run lower than the Marcellus. So in terms of fluid delivery potential, the higher porosity balances the lower TOC.

The source rock is about 100 million years older than the Marcellus, and it appears the fluid migrated to a somewhat younger rock. This places it deeper in the subsurface by up to several thousand feet. Consequently, one would expect the production to be aided by higher pressure, similar to the Haynesville in Louisiana and Texas. That means the wells can be expected to more expensive than in the Marcellus play, but potentially more productive.

The carbonate aspect and the fluid distribution appear to make it more similar to the Eagle Ford Shale in South Texas. The eastern part is mature, with wet gas in the middle and oil in the western sector. Consequently, operator experience in the Eagle Ford and Haynesville plays may in some ways be more instructive than experience in the Marcellus.

In terms of potential, the industry is still in early days of exploitation, but the Utica’s size and characteristics offer the promise of exceeding the Marcellus in economic value. If the Eagle Ford analogy holds, the spectacular growth experienced there may well be emulated. This will be helped by the fact that Ohio is likely the primary focus, and it is a state with a particular need for economic stimulus.

Q: A few independent oil and gas companies already are reporting some impressive results from initial drilling in the Utica, primarily in western Pennsylvania (a hot spot for Marcellus activity) and in eastern Ohio (where there has been little Marcellus drilling). How do you see Utica development proceeding? Given that the Utica can be 3,000-7,000 feet deeper than the Marcellus, will operators attempt to jointly develop both formations from the same multiwell pad, or perhaps even with dual laterals from the same well bores?

Rao: That is an interesting question. The development strategy will depend, in part, on the nature of the fluid in each case. The western Marcellus is wet, and if the underlying Utica is dry, which I expect in the eastern portions, then the surface processing will be different for the two. The deeper Utica will be under higher pressure than the overlying Marcellus, so comingling would be contraindicated unless some “smarts” are installed in the well bore. I see simply using the same pad as more likely, with the lower Utica produced first and then moving up to the Marcellus.

Q: The wet gas portion of the Marcellus obviously has been the most economic to drill over the past couple years, given oil prices in relation to gas prices. How will the industry’s focus on oil and NGLs impact Utica development strategies, particularly in regard to joint development of the Marcellus? How does a combination gas and liquids production stream impact overall economics?

Rao: Unlike the Marcellus, the Utica has a significant oil portion, and the oil tends to be light, and therefore, have high value. This certainly will draw some investment.

As to wet gas, with propane and higher hydrocarbons pegged to oil prices, the profitability is dramatically higher for liquids-rich gas than for dry gas. I see wet gas as the focus until demand-driven natural gas prices rise. Noncompliant coal-fired electric power plants will be large volume gas users. At low gas prices, gas-to-liquids will get a positive jolt.

The main issue with wet gas is monetizing ethane, especially in Ohio and points eastward. Sufficient aggregation could allow ethylene plants to be built in proximity to the producing fields. In the past, ethylene has been an oil refining byproduct. If the Utica promise continues to unfold, especially in the high-rate potential, that and the wetter character is likely to shift investment away from the Marcellus.

Q: Turning to technology, what tools and techniques will prove most important for economically drilling, stimulating and producing Utica Shale wells? How much of what has been learned in drilling, completing and producing the Marcellus will be directly applicable?

Rao: As mentioned earlier, the Utica, unlike the Marcellus, has a carbonate component. This makes the fracturing program different. The Eagle Ford Shale, which is even more carbonate-like, is a better analog than the Marcellus Shale. So Eagle Ford learning is much more relevant than the industry’s experience in developing the Marcellus.

Q: Of course, a vital component in maximizing the economics of these plays is the value created by capturing produced liquids through separation and processing. The industry has already invested enormous amounts of capital to upgrade midstream facilities in the Appalachian Basin, but there are still capacity concerns in some areas. Will the emergence of the Utica create or exacerbate pipeline and processing constraints? What can producers do to overcome these issues while further maximizing their operating economics?

Rao: The deeper Utica reservoirs can be expected to be heavy producers. A pad with tens of Utica wells, if wet, could produce large quantities of ethane and liquids at a single location. The liquids have a ready market, but as noted, that is not the case for the ethane.

An interesting technological challenge is to have a relatively small-footprint processing system at the pad location to convert the ethane to a high-value product such as ethylene, which can be processed further to a drop-in fuel. The impact on overall economics would be substantial. It also would eliminate the need for large-scale ethane export infrastructure and create local jobs. If accomplished, this would, in effect, be a gas-to-liquid enterprise, albeit on a limited scale.

A significant hurdle would be the business model, however. Currently, this is considered the province of refining. Independent oil and gas producers most likely will balk at owning these units. One model would be for a new service business to provide this capability to operators, possibly on a tolling basis.