HOUSTON–Multistage hydraulic fracturing operations can require between 50,000 and 200,000 barrels of water for each well completed. Recycling produced and flowback water has quickly become an industry best practice in horizontal unconventional plays with multiple-well pads.

Recovering, treating and reusing produced and flowback water eliminates the strain that well fracturing-related demand creates on freshwater supplies, especially in areas where freshwater is scarce, water quality is inconsistent, or it is logistically complex to deliver water to a location. The primary challenge with recycling produced water is that it requires filtration, and the filtration costs can exceed the access and disposal costs associated with using freshwater.

New technology consisting of an environmentally friendly gelling agent and cross-linker enables fracturing with 100-percent produced or flowback water–either filtered or unfiltered–without sacrificing stimulation performance. The bipolymer, cross-linking system does not require filtering or treatment and is not affected by produced or inconsistent water quality typically associated with fracturing applications.

As a result, the technology can help oil and gas companies save significant costs by using produced or flowback water instead of freshwater in their well completion and stimulation fracturing operations, eliminating the costs associated with produced water disposal and treatment. Treated fluids imitate the conductivity and permeability of freshwater, which helps protect the target formation from damage.

The gelling agent and cross-linker can be added to any available water at the well site to create a low-residue stimulation fluid that is unaffected by flowback additives and able to handle produced water with high concentrations of salinity and total dissolved solids (TDS). More specifically, the system can process 100-percent untreated produced or flowback water with salt concentration in excess of 300,000 parts per million, between 5,000 and 30,000 ppm of divalent ions, and greater than 400 ppm of boron and 185,000 ppm of chlorides. The thermal stability of the system is proven to be unaffected by bottom-hole temperatures ranging from 120 to 300 degrees Fahrenheit.

Produced water with associated water-filtering methods can reduce the need for freshwater and increase the base fluid consistency. Filtration is typically needed to reduce the amount of interfering ions found in produced water and flowback fluids. Commonly known incompatibles are detected when divalent ions are high, which stops the gel from hydrating. Another common incompatibility is caused when boron is higher than 12 ppm, which increases the likelihood of overly cross-linking fracturing fluid and results in substandard fluid stability. 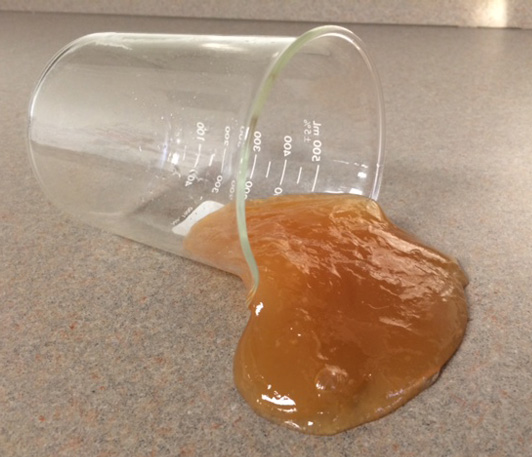 The major disadvantage of filtering produced water is the cost to mitigate the number of ions. Various filtration methods, including reverse osmosis or evaporation methods, can reduce the amount of total dissolved salts and boron levels. Reducing these ions increases the consistency of production water to a degree that the water is usable, but it can presents challenges in terms of the waste created and the per-barrel filtration costs.

One way to reduce filtration costs is to use fewer facilities and save on mobilization and logistical costs. As an example, produced water can be transferred from well sites to a centralized water impoundment, then transferred to a recycling location, and then transferred back to an impoundment. Although this method reduces wastewater injection, it is not always the most cost-effective approach, especially given current market conditions.

The variable cost of using freshwater for fracturing, and related disposal cost, is a challenge. When produced water is used, particularly in gel-bearing treatment designs, filtration is an additional cost. On average, disposal costs can range from $0.50 to $2.25 for each barrel of water. Adding in associated transportation cost can make total disposal much higher.

Historically, reducing ion levels found in produced water has been a prerequisite for using produced water in fracturing applications. Ions such as TDS, suspended solids (TSS), multivalent and divalent ions, and boron levels must reach acceptable levels either by reaching a tolerable ratio of blended freshwater and produced water, or by filtration. Filtration to remove suspended solids can cost $1.20 per barrel of treated water.

When using freshwater in stimulation operations, there are costs for the water itself, transportation to and from the wellsite, and disposal of the wastewater. Table 1 shows the economics of water, disposal, and associated transportation typically seen in Bakken Shale completion and stimulation operations in North Dakota’s Williston Basin, according to data from the Energy & Environmental Research Center at the University of North Dakota. Well completion water costs can average $0.75/bbl for freshwater, and disposal costs can average $2.25/bbl at public disposal wells, with disposal costs increasing exponentially as the trucking distance from the well site to the disposal site increases. 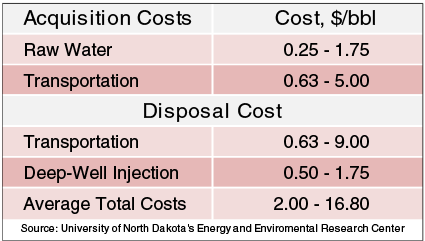 Table 2 is an analysis of the total cost of water per well completion in the United States. An average well requires 120,000 barrels in treatment design with a common load recovery of 30 percent over the first year. Once a well begins to produce, an estimated 36,000 barrels of produced water must be hauled to a disposal well. With an average cost of $110 per truck per hour, transportation costs can exceed $108,240 per well. Consequently, the total average cost for water per well in completion can exceed $306,482.

Historically, when cross-linked fluids are used in produced water, ions such as boron and TDS must be removed through filtration methods to mitigate the formation of insoluble precipitants, which can cause formation plugging and polymer flocculation. Table 3 lists the average filtration costs commonly incurred in completion operations in U.S. unconventional resource plays. Considering filtration costs plus disposal costs of approximately $108,242, using recycled water may cost more than using freshwater.

The newest generation of specially formulated bipolymer cross-linked fluids can achieve economical water reclamation. The system tolerates common interfering ions in stimulation and eliminates the need for filtration. It is 100 percent compatible with produced water and is not affected by variable water quality. 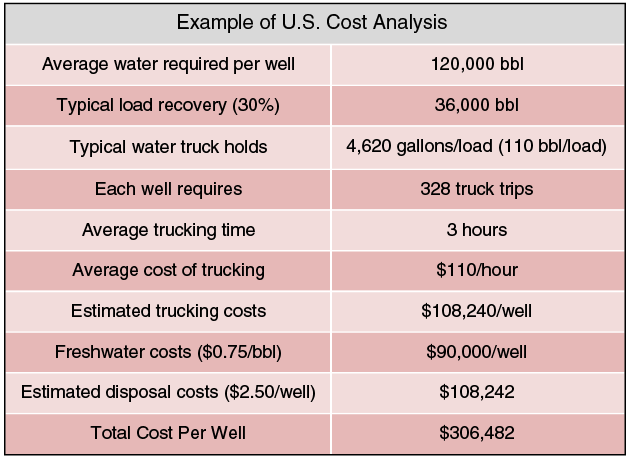 The system uses guar as a gelling agent. Compared to more traditional fluids in terms of the final viscosity generated, the system achieves added efficiencies because of effective gel hydration. With the bipolymer system, lower gel concentrations achieve viscosity equivalent to the viscosity of traditional fluid systems. For example, if the design requires a 20-pound cross-link system, the bipolymer system would require a 15-pound system to achieve equivalent viscosity, saving five pounds of polymer per thousand gallons of water.

In addition, the bipolymer system provides rheological benefits. The fluid system is optimal at a neutral pH, which allows free-floating iron and divalent ions to remain in solution throughout the operation and life of the well. Therefore, the system mitigates the opportunity for interfering ions to precipitate out of solution and cause long-term effects of scale development. The technology also decreases incompatibles formed in hydration stages.

The advanced, robust system enables produced and flowback water to be reused without requiring filtration, ending the dependence on the availability of freshwater and onsite treatment. Consequently, it also eliminates the downtime, costs and logistics associated with delivering freshwater to the wellsite, and transporting produced water off-site for treatment.

The savings gained from this practice can average more than $100,000 in disposal costs within the first year of production, and even more when produced water is used during in fracturing operations. As a result, completion savings can exceed $90,000 in freshwater savings, depending on the ratio of produced water-to-freshwater used.

Branden Ruyle is global product line champion for water technology at Weatherford. He has 11 years of experience in the oil and gas industry. Ruyle is involved in leading the development and technical success of produced water-compatible fracturing fluids and bacteria mitigation solutions. He also serves as the technical manager for water management and focuses on reducing completion costs by incorporating recycled water in fracturing applications. Ruyle holds a B.S. in engineering.