HOUSTON–The rapid growth in production from unconventional resources has changed the dynamics of the global hydrocarbon commodities market significantly. It also has changed the nature of U.S. production and associated technologies required to maintain that production in the future.

An IHS Markit report issued in December shows that the base decline rate of the more than 150,000 producing oil and gas wells in the Permian Basin has “increased dramatically” over the past decade, with newer shale wells declining much faster than older conventional wells. Noting that the base decline rate is “the speed of the treadmill,” IHS Markit estimates that base Permian Basin production declined by a staggering 40% in 2019, or 1.5 million barrels of oil a day.

That means, of course, that operators will have to drill substantially more wells simply to keep current production levels steady, let alone achieve production growth. At the same time, oil and gas companies need to be much more efficient and cost-effective in order to increase their cash flows.

Shale wells are characterized by sharp production declines, which are associated partly with interactions between parent and child wells. Over the past couple years, the industry has been testing the limits of well spacing and is quickly moving away from early development models that favored drilling more wells at a tighter spacing. Now, operators are adopting a strategy of drilling and completing fewer wells at an increased spacing to mitigate the effects of frac hits while still draining the reservoir volume.

Of course, because of heterogeneities in the reservoir, what works for one prospect area may not necessarily work for another nearby area. To better understand the dynamics of these reservoirs and to minimize parent/child well interactions, it is becoming imperative to fully understand the geology/structure between wells. High quality seismic data enables operators to create development plans for their acreage that optimize hydrocarbon extraction through a deeper understanding of subsurface complexities. This is where state-of-the-art seismic data is proving invaluable these days, and it will play an even bigger role going forward.

Subsurface imaging and the integration of different subsurface measures are critical to success in unconventional resource plays. In the past, seismic was used mainly for exploration purposes. Today, geophysics is used to help engineers improve well completion designs and optimize hydraulic fracturing treatments. This represents a paradigm shift in the resolution requirements of seismic data. Seismic data density is dramatically increasing to provide the level of detail necessary to better image small faults and structures, and to distinguish between the different lithologies that are being targeted in stacked plays.

Operators are beginning to adopt customized completion designs, with sequencing, stacking and spacing plans that vary depending on the prospect area. This is a big move away from previous cube development strategies, where the same well pad completions design was repeated across a play and even across basins. This customization has led to the increased need for seismic data and its integration with other geophysical data that can help improve the operator’s understanding of the reservoir prior to drilling new wells to minimize drilling risks and reduce completion costs. The integration of multiple measurements–3-D seismic, wellbore information, petrophysics, geomechanics, microseismic, vertical seismic profiling, distributed acoustic sensing, etc.–has quickly become commonplace in unconventional reservoir development.

The multiclient seismic data market has been directly impacted by these trends. Only a few years ago, most onshore U.S. acquisition projects were being processed with prestack time migration algorithms. To fulfill today’s market needs, most multiclient seismic projects extend beyond PSTM imaging to include depth imaging, rock property estimates, and even pore pressure and stress prediction.

This requires surface-consistent signal processing technology, and carefully handling seismic wavelets to provide quantitative interpretation-compliant gathers for inversion. It is through inversion that 3-D seismic can be used to predict lithology and fluid content away from the wellbore. For example, Figure 1 shows acoustic impedance data from a newly acquired multiclient project in the northern Delaware Basin that is providing PSTM volumes and prestack inversion products.

The integration of different measurements is hardly a new concept in the oil and gas industry, but the tools to accomplish that integration have not always been available or practical. That is no longer the case, however, with technological advancements such as machine learning and artificial intelligence. The takeoff of cloud computing has enabled the processing of ever-larger and ever-denser seismic datasets and the use of more complex imaging algorithms, including high-frequency reverse time migration and full-waveform inversion techniques. Some of the most tedious and laborious processing tasks are now being computed much more efficiently (and more cost-effectively) with machine learning algorithms. A good example is utilizing machine learning algorithms to predict missing curve responses in well logs, or to interpret horizons and salt bodies. In fact, the interpretation of small faults–which are crucial in planning the spacing and design of wells in stacked pay–can be achieved in a fraction of the time required from an interpreter, thanks to machine learning and AI algorithms. What used to take an interpreter months to accomplish can now be achieved in only a couple of hours, allowing the interpreters to spend their valuable time providing more insights in areas where human experience cannot be replaced.

On the acquisition side, using nodes to acquire data has enabled seismic surveys with very high trace density by improving operational efficiency. These high-density seismic acquisition designs are already considered the norm in regions such as the Middle East, and they are now making their way to U.S. unconventional plays.

In December, Fairfield Geotechnologies completed the acquisition of the C-Ranch/Mud City seismic surveys in the Central Basin Platform in West Texas. This project was designed to illuminate up to 21 producing formations in the greater Permian Basin, from the shallow Yates down to the Woodford formation, including the prolific Wolfberry play as well. To do this effectively requires very good coverage of both near and far offsets. This offset coverage is achieved by acquiring seismic data with a very tight bin spacing of 41.25 feet by 41.25 feet, 1,000-fold, with full-azimuth contributions out to 15,840 feet and maximum offset of 22,400 feet.

Acquiring dense seismic data is an important first step. However, to truly gain its inherent value the data must be processed carefully to ensure resolution is not lost along the way. Furthermore, true amplitude and consistent phase of the data are imperative to use the data in quantitative interpretation workflows. High resolution seismic data enables better integration of data at different scales (such as core and wireline data) to produce stable, high-resolution earth models.

Another important aspect of new seismic acquisition programs is frequency content. It is very important to cover both ends of the spectrum. Low-frequency content is necessary for implementing full-waveform inversion, which has shown promising results in resolving the complex near-surface, one of the most common imaging issues in the Permian Basin.

The industry has long been challenged with having the right data to achieve a good understanding of how producing wells and new well completions interact with one another, and how these interactions impact well production and recovery rates. To properly address frac hit/well interference issues, it is imperative to understand geological structures away from the wellbore. Since seismic is the only measure that can cover a large area, demand is increasing for workflows and processes that integrate seismic imaging with well information, rock properties, VSP, microseismic data, etc., to yield accurate insights into the geomechanics of the reservoir.

None of these measurements are complete on their own and each have certain limitations. However, effective integration of this information provides a fuller and clearer picture of the reservoir. With improvements in data analytics, gains in processing efficiency and reduced turnaround times, the integration of measurements is becoming the norm. The geoscientists of today are adding value by going beyond exploration. Equipped with high-resolution seismic data integrated with other types of subsurface information, they are helping to delineate finer scale structural features within the reservoir, which provides additional information to improve the oil and gas company’s ability to design, steer, complete and produce wells in unconventional resource plays.

ELAINE MATTOS is senior vice president of geoscience and chief marketing officer at Fairfield Geotechnologies in Houston. She joined the company in 2019 as vice president of data processing services after 19 years at Schlumberger, which included serving as program manager and business development manager for multiclient programs onshore Mexico, senior marketing strategist for seismic imaging, and global quality manager for seismic imaging. Mattos began her career in 1999 in WesternGeco’s seismic processing group, and served for 10 years in a variety of technical roles. She holds a B.S. in geophysics from Universidade de São Paulo and a master’s in oil and gas industry management from Heriot-Watt University. 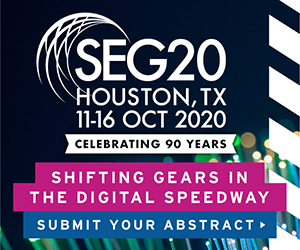