New Films Show ‘Another’ Side Of Oil

The notoriety of documentaries such as Fahrenheit 9/11, Super-Size Me, and An Inconvenient Truth started a maelstrom of films purporting objective review of controversial issues. Whereas dramatic films convey fictional stories, documentaries are presented as factual, in-depth analyses of a topic. But when opinion is presented as fact, the lines blur.

The controversy these films ignite about energy exploration and production has spurred new films that counter their viewpoints: spOILed, SWITCH and FrackNation. With Gasland II due out later this year, these more balanced filmmakers say they hope their documentaries will gain similar popularity and acclaim.

spOILed began its theatrical run in October 2011, and by mid-March had been screened more than 100 times in 15 cities. Director/Producer Mark Mathis says he spent a decade working as a television news reporter and anchor before starting a media relations company. In his work as a consultant, he was pulled into the energy sector by the Independent Petroleum Association of New Mexico. That is when, Mathis says, his education on energy began.

“The things I thought I knew about oil in the United States were wrong,” Mathis explains. “That was a big moment for me. I became obsessed with learning about and understanding how oil works in our daily lives.”

Mathis says he created spOILed to “wake this country up to the importance of oil to everyday people.”

“I am here to change attitudes about oil because the vast majority of people are deceived about their relationship to this vital resource,” he says. “Oil is perceived as a necessary evil. People see ‘dirty’ oil companies making huge profits and taking advantage them because we can’t move away from oil soon. 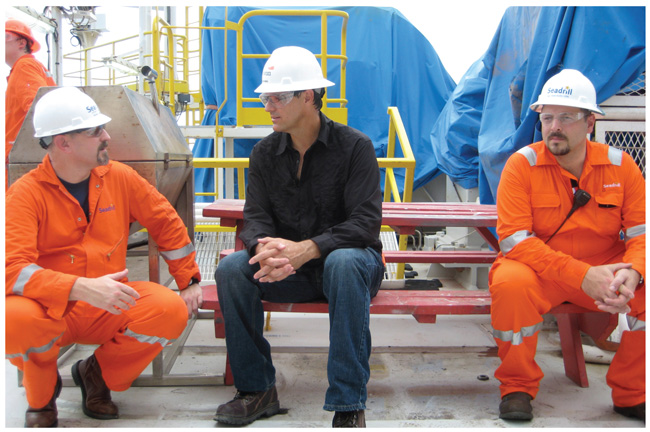 “These points are untrue,” Mathis continues. “People don’t know they have been misled by politicians, big business, environmental groups, and the national press. By making spOILed, we can demonstrate that the two big options that can help with the problem are to expand domestic production as well as have a serious conversation about natural gas as a transportation alternative. By using more natural gas for transportation, we can reduce our dependence on oil, better preparing us for a future when oil becomes an even more precious commodity.”

Viewing a screening of spOILed in March in Austin was petroleum exploration consultant J.W. “Bill” Rhea IV. “I think it’s a great documentary without bias,” he responds. “It’s a ‘must see’ for all Americans, including politicians.

“We aren’t addicted to oil, per se, but depend on it for every aspect of our modern lives,” Rhea expands. “The most compelling aspect of the documentary is that politicians and our government have hidden or avoided the truth about oil supply. We are not prepared for what lies ahead.”

Additional details on spOILed are available at www.spoiledthemovie.com.

Adding an academic’s perspective to energy documentary films is University of Texas Bureau of Economic Geology Director Scott Tinker. Tinker is featured in SWITCH, which he describes as an educational documentary expounding on energy’s relationship to the economy and the environment.

“Our food and water, housing and transportation, lighting, communications, heating and cooling–everything in modern life–depend on energy,” Tinker says. “Yet, we know very little about it. SWITCH makes energy fascinating and engaging to encourage a balanced national understanding of our energy future.”

Tinker says the documentary is part of the larger Switch Energy Project, which includes a video-driven website, a video-based teaching program, and other efforts. The website (launching soon) will provide free, downloadable materials co-developed by the American Geosciences Institute, and will include “maps, and 90 videos and 30 teaching guides for elementary, middle and high school levels,” according to the online description.

It continues, “Viewers will be able to navigate and experience the world of energy, its sources and their roles in the coming years, with their own interests as their guide.”

Although educational, SWITCH is anything but a “chalkboard” education film, Tinker emphasizes. “It is the most balanced energy film of which I am aware,” he says. “But balanced should not be confused with boring or noncontroversial.”

SWITCH takes its audience on a journey through the world’s leading energy sites–from coal to solar and oil to biofuels–and charts the realities of today’s energy, investigating the challenge of transitioning to alternatives, according to Director/Producer Harry Lynch. To add the global perspective, he says, the film includes interviews with international energy leaders.

Tinker adds, “SWITCH looks at each source of energy in an objective, positive light, drawing on input from many experts. Many other documentaries seem to film what they need to tell a predetermined story. That is why SWITCH won Best of Fest in the first film festival in which it appeared: an environmental film festival!”

Lynch says SWITCH lays out a path for the earth’s energy future. “It was very important for us to offer a workable, real solution, and not just point out problems,” he says, adding that it does the nation no good “to aspire to an ideal, but unrealistic, vision.”

“If we are going to take viewers around the world and investigate the pros, cons, and future of different energy types, we had better show how it all fits together to form our energy transition, and exactly how and when that could happen,” Lynch reasons. “So we worked very hard on that forecast, based on Scott’s years of data, lots of new learning from the field, and forecasts from the International Energy Agency, U.S. Department of Energy, the Bureau of Economic Geology, and others.”

Tinker adds, “It’s still just a forecast, but you see in the film the rationale it’s based on. Nearly everyone, from all along the energy spectrum–fossil, renewable and environmental–has found it reasonable. Many find it hopeful, in that if we work together, we can supply the world’s growing demand for energy. Others find it sobering in that the switch doesn’t happen as fast as they hoped it could, but that makes them motivated to do more.

“And I want to emphasize that we all need to do more,” Tinker states. “We can be more efficient and smarter about how we use energy in every facet of our lives, without really even changing the way we live. What each of us does, matters.”

Free screenings for SWITCH are scheduled in Texas, Oklahoma and California in the coming months. For details, go to www.switchenergyproject.com/index.html.

Another documentary that hasn’t even been created yet, already is creating a buzz. Husband and wife team Ann McElhinney and Phelim McAleer, originally of Northern Ireland, are veteran filmmakers with documentaries on child trafficking, mining, environmentalism and climate change in their profiles. 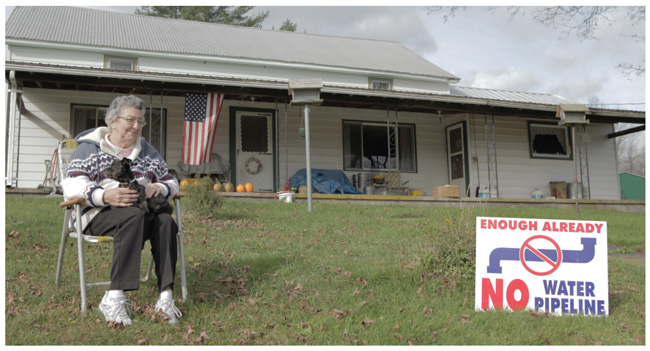 Fed up with misinformation about the effects of natural gas drilling and the area’s water, 78-year-old Martha Losey of Dimock, Pa., co-founded the grass-roots group Enough Already, which has fought claims that Dimock’s water was polluted by drilling. Losey, who is featured in FrackNation, says, “The truth is that methane has always been in the water.”

Now based in California, they say their current project is to launch FrackNation with the goal of offsetting the misinformation propagated by Gasland. “We were skeptical about the Josh Fox-produced Gasland, and we aim to set the record straight,” McAleer says.

The filmmakers are seeking to add balance to the energy debate. “We have filmed in Pennsylvania and even in Poland, where energy costs are quite high,” he says. “We spoke with farmers who want to use the bounty of their property to capitalize on the mineral rights. It is their right to sell them, but with moratoriums in place, their hands are tied.”

To raise money for the project’s completion, which is slated for June, McElhinney and McAleer, and partner Magdalena Segieda, posted the project on the crowd-funding website, Kickstarter. If their fundraising is any indication, they say, it appears they are not only on track, but ahead of the game. McAleer says FrackNation raised more than the “hoped-for” $150,000 in less than two weeks.

“Everyone who contributes, however much (even as little as $1.00), will be listed in the credits as an executive producer,” the filmmakers promise.

“This will be a documentary funded by the people for the people,” proclaims McAleer.

If that seems like a “democratic” way to approach filmmaking, especially for people from outside the United States, their answer is that FrackNation is about a very unique American drama. “We want to have people involved so they can be as proud of this movie as we are,” says McAleer. “This film advocates for those citizens whose voices weren’t heard or represented in the media. The 3,000-plus backers substantiate that.”

This unique fundraising approach utilizing print, broadcast media, social/digital media, and many speaking engagements is proving quite successful, McAleer confirms. “The fundraising achievement shows there is an appetite for the film,” he says.

McElhinney and McAleer say they expect to begin distributing FrackNation this summer. It will be screened in theaters, made available to various audiences through licenses for schools and conferences, and sold on DVD. “We want to reach as wide an audience as we can through grass roots efforts,” says McAleer. “It would be ideal if FrackNation could be picked up by PBS or HBO.”