HOUSTON–With a lineup of speakers and contributors that includes energy industry executives, international policymakers, scholars and media professionals, the 23rd World Petroleum Congress–scheduled for Dec. 5-9 at the George R. Brown Convention Center in Houston–promises to be a particularly epic installment in one of the global oil and gas industry’s foremost events.

After all, the thousands accustomed to attending the event, which the organizers liken to “the Olympics of the oil and gas industry,” have been forced to wait an extra year; the World Petroleum Congress is normally held every three years, but COVID-19 forced the organizers to delay last year’s gathering to December 2021.

Nevertheless, the event’s return to the Energy Capital of the World under the theme of “Innovative Energy Solutions” marks the first time since 1987 that both the city and the United States have hosted the triennial event. The organizers say the event will draw participants from key constituencies influencing the global industry and give leaders the platform to hold important, forward-looking discussions that will extend beyond the conference itself.

WPC Chairman Jeff Shellenbarger, who retired from a 38-year career at Chevron as president of Chevron North American Exploration & Production Co., deems it an honor to lead an event that will draw global leaders to Houston to advance energy development that contributes so much to the modern world. “The World Petroleum Congress is the most significant oil and gas forum in the world,” he affirms.

Organizers note the event, which was established in 1933, draws heads of state, energy leaders and technology practitioners to address the industry’s major issues and discuss how the energy industry can apply apply technologies such as artificial intelligence, virtual reality and big data. 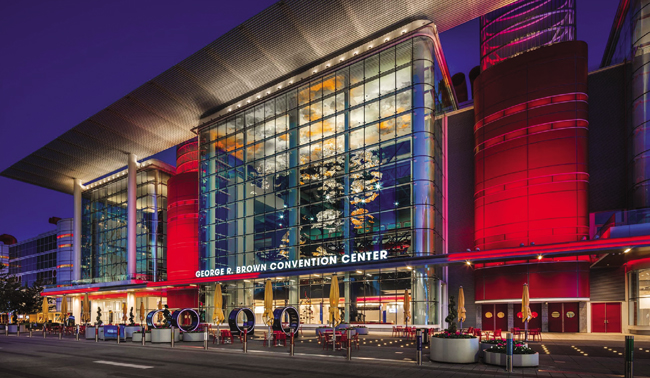 The 23rd World Petroleum Congress will return to the United States for the first time since 1987, when it convenes Dec. 5-9 at the George R. Brown Convention Center in Houston. With a theme of “Innovative Energy Solutions,” the 2021 event will draw participants from key constituencies influencing the global industry and give leaders a platform for important discussions that will continue into the future.

The event’s organizing committee reported in late October that acclaimed authors Alex Epstein and Robert Bryce had joined its program. Epstein and Bryce are scheduled to share their thoughts and knowledge in the session titled, “Perception of the Energy Industry: Creating A Future Vision.” According to WPC, this moderated discussion will focus on what must be done to address perception issues by analyzing the value the industry brings to the world and its formidable role in the energy transition and building a sustainable energy future.

“Alex Epstein and Robert Bryce bring insight into the benefits of designing innovative solutions for fossil fuel use in our society as well as perspectives on the future of energy, both themes at the heart of the congress,” Shellenbarger relates. “We are delighted to have two prominent thought leaders on the program in December.”

Epstein is the president and founder of the Center for Industrial Progress, a think-tank that says it seeks to bring about new industrial revolution and offers a positive, pro-human alternative to the “green” movement. WPC adds that he is the author of the New York Times bestseller, The Moral Case for Fossil Fuels, a highly regarded and widely praised book that analyzes energy’s role in improving aspects of life, through economic and environmental benefits.

Covering energy, power, innovation and politics for more than three decades, Bryce’s work has appeared in numerous respected publications. WPC points out he is the author of six books, with the most recent being A Question of Power: Electricity and the Wealth of Nations, which considers the factors behind successful electrification. In addition, Bryce hosts the “Power Hungry Podcast,” which focuses on the energy industry and innovation.

Other headliners scheduled to speak at the event include:

From the opening reception kicking off the 23rd World Petroleum Congress to USA Night and the prestigious WPC Excellence Awards and Dewhurst Lecture and Award, the congress will be packed with special events that will celebrate and inspire delegates, organizers say. They add that the 23rd WPC will launch a new feature on the event’s exhibition floor. Presented by ConocoPhillips, the Innovation Zone will provide startup companies an international platform to showcase cutting-edge practices and solutions to the industry’s challenges.

Thirty-two selected startup companies and individuals will have the opportunity to pitch their tools, technologies and practices on stage to attendees and participants, who will then pick one to receive the Energy Innovator Award, organizers say.

That will hardly be the only honor bestowed at the event, organizers note. For example, they say, WPC’s Excellence Awards recognize some of the oil and gas sector’s most outstanding projects and innovations. Companies, institutions and organizations are recognized for achievements in the areas of social responsibility and technical development.

WPC Excellence Award technical development finalists are, in the category of small-to-medium-sized companies:

Technical development finalists among large and national oil companies are:

WPC’s organizers note that the venue is located in the heart of downtown, with a walkable campus that will give delegates the opportunity to experience and discover Houston’s culture and entertainment scene, including:

Organizers say the 23rd WPC will draw inspiration from the industry’s innovative spirit through the years. From the world’s first oil well to the latest autonomous robots and 4-D seismic, the congress will be centered around the overarching theme of Innovative Energy Solutions. “Historically, the industry has demonstrated its resilience through challenging times,” Shellebarger reflects. “The Congress takes place during a pivotal point of transition, convening energy leaders and experts in Houston to collaborate and engage in conversations vital for a sustainable future that will endure beyond the congress.”