KANSAS CITY, MO.–Oil and natural gas activity have been climbing like this summer's temperatures, indicate second quarter Energy Survey results from the Federal Reserve banks of Kansas City and Dallas. The surveys suggest costs and supply-chain issues are heating up alongside this activity.

According to Chad Wilkerson, Oklahoma City Branch executive and economist at the KC Fed, the survey for the 10th District–which encompasses the western third of Missouri; all of Kansas, Colorado, Nebraska, Oklahoma and Wyoming; and the northern half of New Mexico–shows accelerated energy activity, and enduring strong expectations for future activity.

The 2Q survey for the 11th District, which covers Texas, northern Louisiana and southern New Mexico, also reveals a robust activity expansion, the Dallas Fed reports, with the business activity index registering a score of 57.7, its highest in the survey’s six-year history.

Those were not the only new highs, however. “Costs increased for a sixth straight quarter. Among oil field services firms, the index for input costs jumped from 77.1 to 88.0–reaching a record high,” the Dallas Fed says. “None of the 52 responding oil field services firms reported lower input costs. Among exploration and production firms, the index for finding and development costs increased from 56.0 in the first quarter to 70.6 in the second. Additionally, the index for lease operating expenses also advanced notably, from 58.9 to 74.1. Both indexes reached highs for the survey’s six-year history.”

Similarly, the KC Fed says its quarterly indexes for revenues, employee count, wages and benefits attained their highest levels since the survey began in 2014. The index for profits remained elevated, and supplier delivery times also increased, while the growth rates for employee hours and access to credit eased.

According to the Dallas Fed, firms are waiting longer to receive materials and equipment. “The supplier delivery index edged up from 30.6 to 31.9–a record high,” its survey indicates. “Among oil field service firms, the measure of lag time for deliveries jumped from 25.5 to 36.0–also a record high and suggestive of delays acquiring products and/or services.” 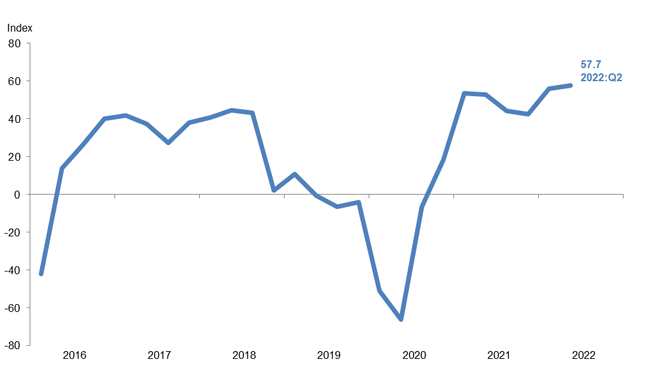 Meanwhile, the Dallas Fed states, oil field services firms reported improvement across key indicators. “The equipment utilization index jumped from 50.0 in the first quarter to 66.7 in the second quarter,” it details. “The operating margin index advanced from 21.3 to 32.7, a record high. The index of prices received for services increased from 53.2 to 62.7.”

The Dallas Fed report also says all labor market indexes remained elevated in the second quarter, which points to strong growth in employment, hours and wages. The aggregate employment index posted a sixth consecutive positive reading but declined from 28.0 to 22.6, suggesting that the extremely active job market's rate of expansion has slowed. Meanwhile, the report continues, the aggregate employee hours index also remained positive but dipped from 36.0 to 31.4, while the aggregate wages and benefits index slid from 54.0 to 48.6.

Looking ahead, the Dallas Fed says, many companies’ recent cautious optimism may be firming into something more bullish. “Six-month outlooks improved significantly, with the index at 65.9, a highly elevated reading,” it relates. “The outlook uncertainty index remained positive but fell from 31.9 to 12.4, suggesting that while uncertainty continued to increase on net, fewer firms noted a rise this quarter than last quarter.”

Some of respondents’ optimism may stem from their price expectations, with the Dallas Fed noting that respondents predicted a West Texas Intermediate oil price of $108 a barrel by year’s end, with projections ranging from $65 to $160 a barrel. Regarding Henry Hub natural gas prices, survey participants report expecting $7.55 an MMBtu at year-end. The Dallas Fed notes that the corresponding spot prices averaged $119.56 a barrel and $8.38 an MMBtu during the survey collection period. 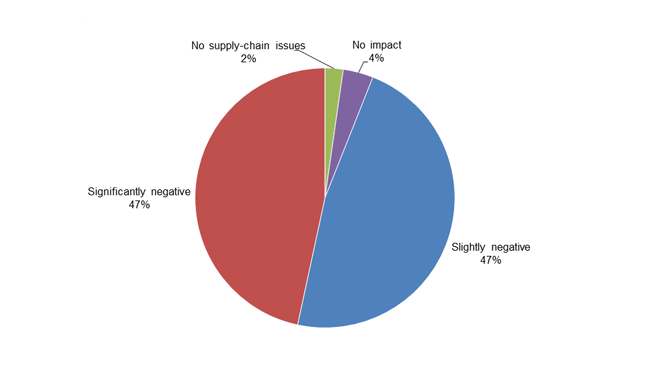 Regarding the average oil and gas prices sufficient for profitability across the fields in which they were active, the KC Fed says, respondents offered an average oil price of $65 a barrel and an average gas price of $4.64 an MMBtu. To trigger substantially increased drilling, respondents on average said they would need an oil price of $98 a barrel, with a range of $70 to $140. The average natural gas price needed was $6.34 an MMBtu, with responses ranging from $3.50 to $12. Those responses constituted the highest prices firms had ever said they needed to substantially increase drilling in survey history, the KC Fed notes.

“Firms were also asked what they expected oil and natural gas prices to be in six months, one year, two years and five years,” the KC Fed continues. “Oil price expectations again surpassed survey records, and natural gas expectations jumped compared with Q1 2022. The average expected WTI prices were $109, $102, $88 and $86 a barrel, respectively. The average expected Henry Hub natural gas prices were $7.06, $6.65, $6.06 and $5.77 an MMBtu, respectively.”

More than 80% of respondents reported that supply-chain issues had a slightly or significantly negative Impact, the KC Fed mentions.

Companies also were asked about constraints to growth, and about 55% of respondents reported uncertainty about government regulation, 32% cited labor shortages, cost inflation and/or supply-chain bottlenecks, and about 7% of firms mentioned oil price volatility.

“We need labor,” one respondent confirmed. “We would produce more if we could.”