With natural gas demand in the power sector on a record course in 2016, providing an average of 3.8 million megawatt-hours of electricity each day, gas-fired electricity generation was expected to peak in July and August, in step with weather-related demand for air conditioning during the hottest months of the year.

Even though natural gas-fired generation has steadily increased in recent years, EIA says it is expected to decline slightly in 2017 as natural gas prices increase. Henry Hub spot prices increased from a monthly average of $1.92/MMBtu in May to $2.59/MMBtu in June, which was the highest monthly average since September 2015. With spot natural gas prices forecast to continue to strengthen in 2017, EIA forecasts that natural gas-fired generation will decrease by about 2 percent next year.

However, the natural gas share of power generation is projected to climb steadily over the next two decades, with natural gas holding the largest share of the electricity mix through 2040, according to EIA’s analysis.

Meantime, the American Gas Association reports that following four weeks of much warmer-than-normal temperatures in July, the cumulative cooling degree day total since May indicates temperatures are 4.3 percent above last year and 19 percent warmer than normal.

AGA says every region of the country has been cumulatively warmer than normal this summer, including demand centers in regions from New England, to the Middle and South Atlantic, to the Rocky Mountains and Pacific Coast. Six of the nine census regions also have been warmer than last year.

Natural gas consumption in the power generation sector reached 41 Bcf/d at times during July, according to AGA, withdrawing working gas out of storage and reducing net daily injections.

“The question posed at the beginning of summer, how would storage inventories be balanced, seems to have been answered with a hot summer and marginal adjustments to domestic production,” AGA says in its monthly Natural Gas Market Indicators report. “Even so, working gas inventories are 15 percent above last year and 19 percent more than the five-year average.”

U.S. inventories stood at 3.3 trillion cubic feet of working gas in storage at the end of July with roughly 100 days still left in the traditional injection season. However, month-to-date and year-to-date averages for dry U.S. gas production were both down through late July compared with 2015, AGA points out. “One might say significantly so, at 1.5 Bcf and 0.3 Bcf per day, respectively, given that the production curve has only really increased since the shale revolution began,” the report reads.

“So what does this mean?” the report posits. “The answer is that the market works and is functioning, pricing signals matter, companies adjust their businesses to prevailing conditions, and the U.S. natural gas market continues to search for efficient, well-positioned ways in which to demand this abundant domestic resource.” 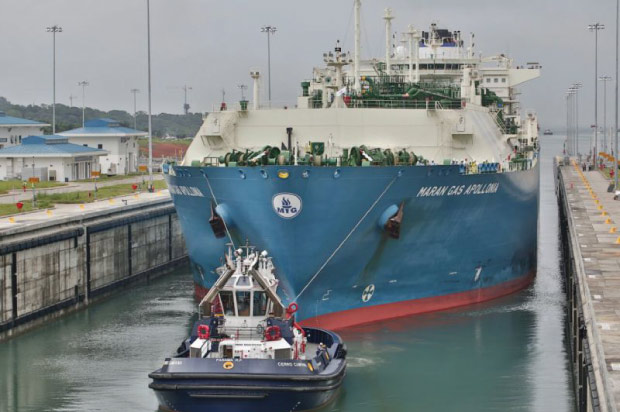 Pointing out that Southwestern Energy has resumed drilling operations after laying down all of its rigs in January, AGA says perhaps it is as a barometer of things to come for other natural gas producers. “Five rigs–four in Pennsylvania and one in Arkansas–are starting once again (for Southwestern Energy) with the idea of rebuilding a producing inventory poised to capture some analysts’ expectations of wellhead prices of $3 per MMBtu or more in 2017,” the report said.

Other developments highlighted in the report included: