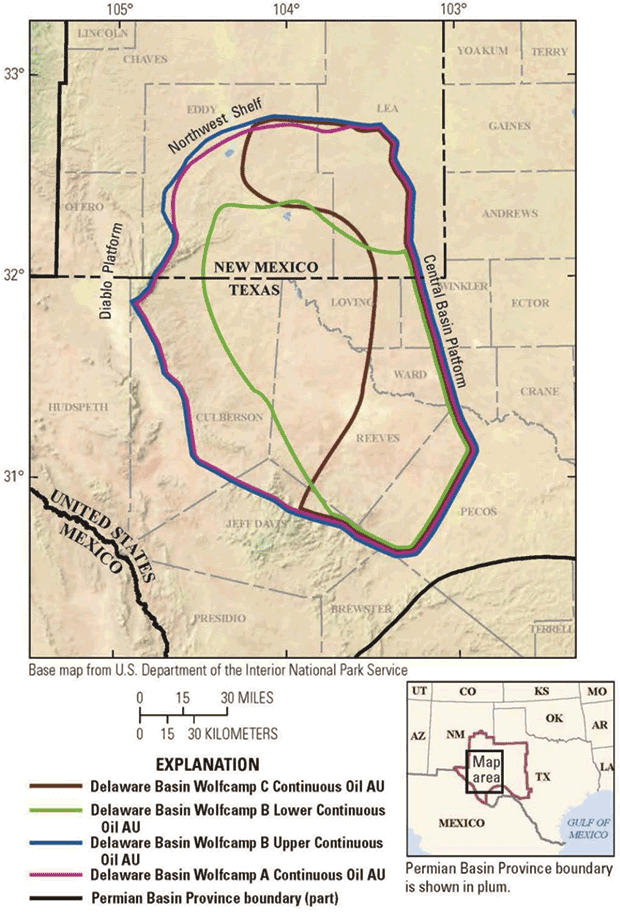 WASHINGTON–The Wolfcamp Shale and overlying Bone Spring formation in the Delaware Basin portion of the Permian Basin contain an estimated 46.3 billion barrels of oil, 281 trillion cubic feet of natural gas, and 20 billion barrels of natural gas liquids, according to a new assessment of the basin’s undiscovered, technically recoverable continuous resources by the U.S. Geological Survey.

“Christmas came a few weeks early this year,” commented U.S. Secretary of the Interior Ryan Zinke while announcing the findings of the study. “American strength flows from American energy, and as it turns out, we have a lot of American energy. Before this assessment came down, I was bullish on oil and gas production in the United States. Now, I know for a fact that American energy dominance is within our grasp as a nation.”

Released in late November, USGS says the study represents the first time it has assessed continuous/unconventional resources in the Wolfcamp and Bone Spring formations in the Delaware Basin. The Wolfcamp/Bone Spring Delaware Basin assessment follows a 2016 USGS analysis which found technically recoverable mean resources of 20 billion barrels of oil, 16 Tcf of gas, and 1.6 billion barrels of NGLs in the Wolfcamp Shale in the Midland Basin–at the time the largest estimate of continuous oil that USGS had ever assessed in the United States.

It no longer holds that title, pointed out USGS Director Jim Reilly, who noted that the Delaware Basin Wolfcamp and Bone Spring resource assessment is more than two times larger than the 2016 Midland Basin estimates. 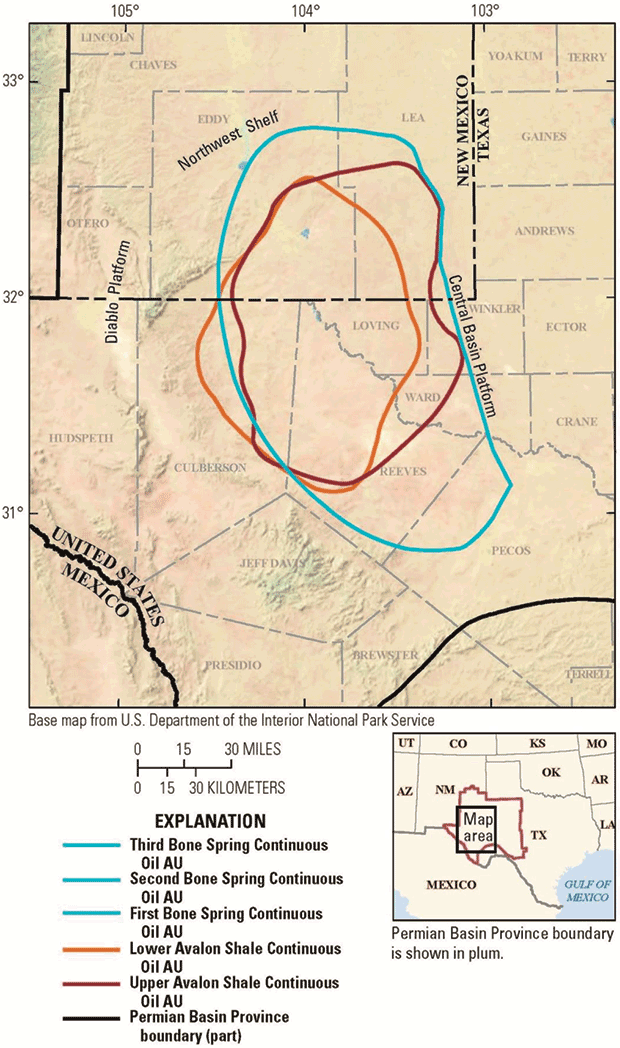 “The results of this most recent assessment, and that of the Wolfcamp formation in the Midland Basin in 2016, are our largest continuous oil and gas assessments ever released,” Reilly remarked. “Knowing where these resources are located and how much exists is crucial to ensuring both our energy independence and energy dominance.”

“In the 1980s, during my time in the petroleum industry, the Permian and similar mature basins were not considered viable for producing large new recoverable resources. Today, thanks to advances in technology, the Permian Basin continues to impress in terms of resource potential,” Reilly said.

“The results demonstrate the impact that improved technologies such as hydraulic fracturing and directional drilling have had on increasing the estimates of undiscovered, technically recoverable continuous resources,” said Walter Guidroz, program coordinator of the USGS energy resources program. 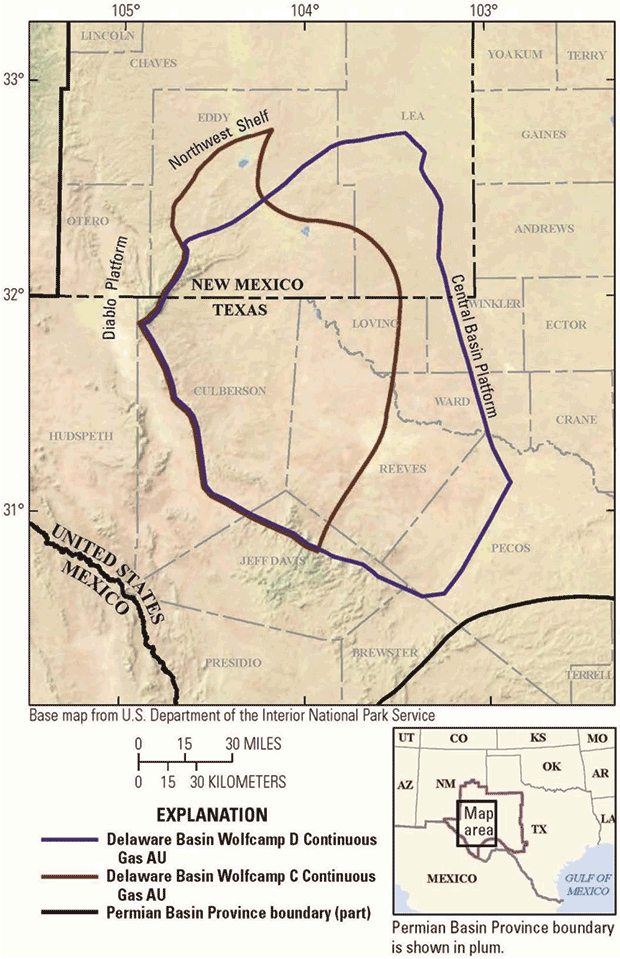 USGS explains that it classifies undiscovered resources as those that are estimated to exist based on geologic knowledge and already established production, while technically recoverable resources are those that can be produced using currently available technology and industry practices. The agency makes no attempt to evaluate the profitability of developing the resources.

Commenting on the USGS assessment, Mike Sommers, president and chief executive officer of the American Petroleum Institute, remarked that it is yet another indicator of the far-reaching benefits of America’s shale energy revolution on the economy, national security, the environment, energy consumers, the domestic labor market, etc.

“Now the world’s largest producer of natural gas and oil, the United States is a global energy leader at the same time we are driving down greenhouse gas emissions,” Sommers stated. “The U.S. energy revolution has delivered massive economic, environmental and geopolitical benefits and it is clear that the world is better off with the United States as the world’s leading (oil and gas) producer.

“When we lead the world through the responsible production of affordable energy, we also serve as an important tool for climate progress for the world.” Sommers went on. “It’s one more way the United States is leading in environmental progress.”

The Delaware Basin assessment can be accessed online at the USGS website.