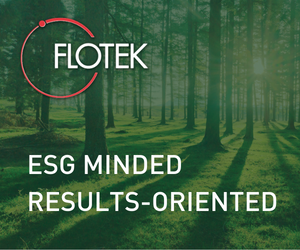 HOUSTON–When golfing great Bobby Jones won all four major golf championships in 1930, a writer for the New York Sun quipped that Jones had “stormed the impregnable quadrilateral of golf.” Today, we would call that modern achievement a grand slam.

In the oil and gas exploration, drilling and production business, substantial volumes of the “impregnable quadrilateral” of BTEX solvents (products containing benzene, toluene, ethylbenzene or xylene) are being used in operations, including cleaning out oil-based drilling mud prior to completions, dissolving and dispersing paraffin and asphaltene in older wells, and as preflushing in acidizing and cementing procedures.

Xylene and toluene are particularly effective solvents with their ability to dissolve paraffins and asphaltenes. Paraffins fall out of waxy crudes when the temperature is lowered and asphaltenes fall out with dropping pressure. Both contribute to the sludge that builds up in older oil wells and must be dissolved, suspended and removed from the well periodically to allow it to continue to flow unimpeded.

Xylene and toluene also are useful in acidizing treatments to remove organic materials from carbonate surfaces so the acid can achieve better reaction rates. These same solvents are used in pipeline and tank clean-outs as well.

The volume of BTEX used in oil field operations is staggering. By some estimates, more than 250 million pounds a year of xylene are consumed in the United States. West Texas alone consumes 35 million pounds or more of xylene each year. At about seven pounds a gallon, this is more than 5 million gallons in that area. This is after the two most active operators have scaled back substantially on using xylene because of environmental concerns and rail car transportation expenses.

Wikipedia says BTEX compounds “are some of the volatile organic compounds found in petroleum derivatives, including gasoline. Toluene, ethylbenzene and xylene have harmful effects on the human body’s central nervous system.”

“BTEX compounds are notorious (because of) the contamination of soil and groundwater. Contamination typically occurs near petroleum and natural gas production sites, gasoline stations, and other areas with underground or aboveground storage tanks containing gasoline or other petroleum-related products.”

BTEX are naturally occurring compounds in crude oil. They are created and used in processing refined petroleum products, as well as in producing chemical intermediates and consumer products.

Xylene is an aromatic hydrocarbon that is widely used in surface pipelines, downhole tubulars, and especially near-wellbore cleaning operations because other means of cleanup, such as heat, dispersants, pigging, or scrapping cannot remove the organic materials (asphaltene or paraffin). Xylene exists in orthoxylene, metaxylene, and paraxylene isomeric forms, all of which are referred to as xylenes.

Xylenes are toxic and are regulated under the Clean Air Act. Exposure can lead to depressing the central nervous system; lung irritation; irritation of the eyes, nose and throat; and liver and kidney injuries. While xylene, unlike benzene, has not been known to cause cancer in humans, chemical companies are interested in xylene replacements. The shift toward more environmentally friendly chemicals has been driven in large part by public concern and awareness.

A monograph by the International Agency of Research on Cancer and studies by the World Health Organization show that BTEX-containing solvents are suspected carcinogens, toxic to one’s skeleton, cause anemia, and reduce white blood cells. Prolonged exposure can cause leukemia and increase the risk of some cancers. It also could cause miscarriages in pregnant women.

Results of animal studies indicate that large amounts of xylene and toluene can cause changes in the liver and harmful effects on the kidneys, lungs, heart, and nervous system. Short-term exposure to very high concentrations of xylene causes death in animals, as well as muscular spasms; coordination problems; hearing loss; and changes in behavior, organ weights and enzyme activity. Animals exposed to xylene on their skin experienced irritation and inflammation.

Long-term animal exposure to low concentrations of xylene and toluene has not been well studied, but there is some information that it can cause harmful effects to the kidneys (with oral exposure) or on the nervous system (with inhalation).

Animal studies show that xylene absorbed by the mother could cross the placenta and reach the fetus. The unborn animals may experience reduced body weight and delayed bone mineralization if the level of xylene is high enough to be toxic to the mother. Some animal studies have shown that newborn babies that were exposed to xylene during pregnancy have problems with motor coordination and the ability to orient themselves in their surroundings.

To protect people from the potential harmful effects of xylene, EPA regulates it under the 1992 Phase II rule of the Safe Drinking Water Act. 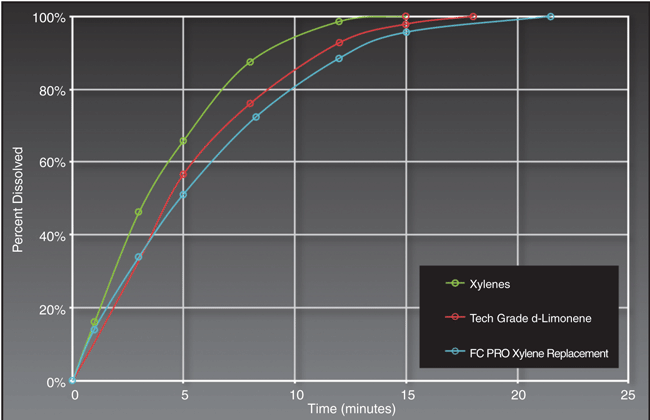 From these studies, it is no surprise that many responsible oil and gas operators and service companies are making a concerted effort to remove as much BTEX as possible from their operations. When other solvent uses outside the oil field are considered, billions of pounds of solvent wastes are emitted globally every year in the form of volatile emissions or aqueous discharge streams.

The use of benzene already has been restricted in many oil field applications. Several upstream companies have banned BTEX compounds from their well site operations entirely, and more are reducing BTEX usage substantially. These pioneers should be applauded for self regulating their activities in order to protect our environment.

Xylene, toluene, ethylbenzene and benzene are all hazardous air pollutants, defined as “pollutants that are known or suspected to cause cancer or other serious health effects, such as reproductive effects or birth defects, or adverse environmental effects.”

These compounds are monitored by the EPA through the CAA’s national emission standards for hazardous air pollutants and the SDWA. 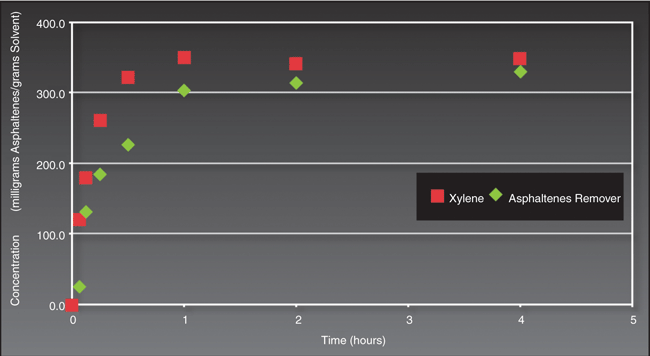 State regulations requiring the disclosure of chemicals in fracturing fluids are driving the shift toward more environmentally friendly compounds. For example, states such as Colorado, Pennsylvania, Louisiana, Texas, Ohio and Wyoming have adopted regulations that could impose new or more stringent permitting, disclosure, and well-construction requirements on hydraulic fracturing operations.

Australia has banned the use of BTEX-containing compounds on coal seam gas exploration and production.

Some members of the U.S. House of Representatives have petitioned the EPA, to interpret the definition of diesel fuel broadly in order to increase the agency’s regulatory power over hydraulic fracturing. They argue that the intent of the current limitation is not to prevent the use of a small subset of diesel compounds, but rather is a safety measure to decrease the probability of accidental groundwater contamination by BTEX chemicals present in diesel compounds.

North America’s goal of reducing the emissions of volatile organic compounds is driving a shift toward greener solvents. Concerns that include flammability, explosivity, stratospheric and atmospheric ozone depletion, inherent toxicity, and global warming potential are among the criteria used to determine the feasibility of solvents.

A novel replacement for xylene and toluene is a group of natural/biobased terpenes that have excellent solvency in dissolving paraffins, asphaltenes and bitumen. They can be used to remediate older wells that are full of sludge through a casing/perforations/near-wellbore treatment, or for better clean up of drilling mud on wells prior to cementing and completion operations. 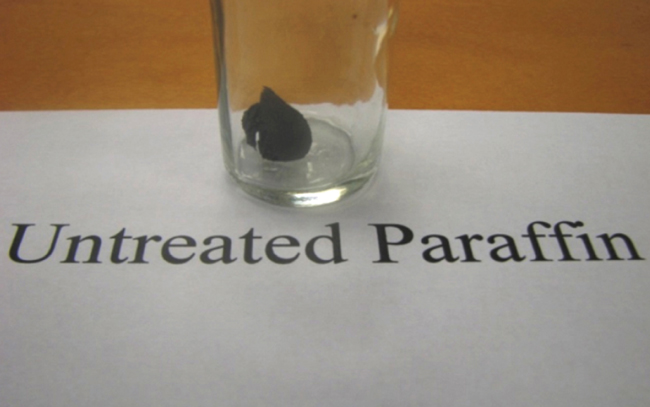 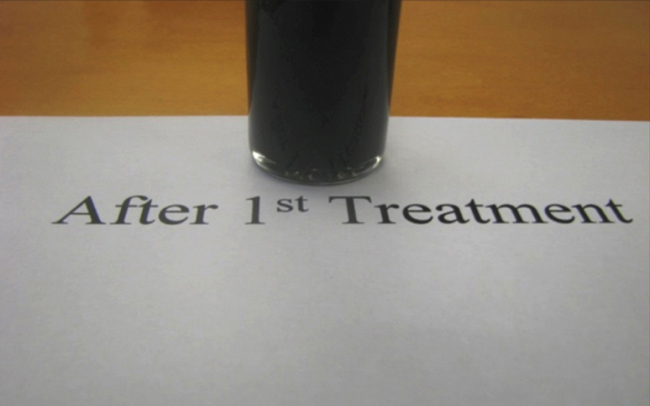 These products are safe to handle and transport, and have similar effectiveness to xylene and toluene in treating wells to improve/restore productivity, as shown by tests of their efficiency in dissolving various waxes, asphaltenes and paraffins.

These products have a higher flash point than xylene, are sustainable, renewable, and biodegradable. As a result, they are very environmentally friendly. Consumers use these terpenes every day in very effective citrus- and pine-based soaps, cleansers, detergents and fragrances.

According to SPE, terpene solvent mixtures have been used in a range of oil-field applications, including wellbore clean-outs, matrix stimulation, hydraulic fracturing stimulation, sand control, and cementing operations.

Terpenes such as limonene reagents are replacements for xylene- and toluene-based solvents. They are derived from plant products, including orange peels and pine sap. Compared with aromatic solvents, terpenes have good solvency, and are biodegradable, less toxic, and less flammable.

Figure 1 demonstrates how effective a terpene-based solvent can be in dissolving a particularly difficult paraffin. The results show that the two terpene-based products will dissolve 100 percent of the paraffin in a similar time as xylene.

Dissolving asphaltene can be problematic with almost any solvent. Often, special “cocktails” are blended in order to most efficiently dissolve and suspend asphaltene solids. Figure 2 shows this terpene-based, environmentally friendly replacement solvent competes successfully with the more hazardous xylene-based solvent in terms of the amount of asphaltene dissolved per unit volume of solvent solution.

Think how well citrus- or pine-based household cleaners remove oil and grease; they perform the same job down hole!

Figures 3A and 3B show a particularly difficult paraffin sample that was treated with a biobased terpene solvent. After less than 24 hours, it was dissolved completely and dispersed into solution.

Laboratory testing may be needed with particularly difficult solids in order to determine the best solvent for the application.

Table 1 shows direct comparisons of a citrus-based, biodegradable, sustainable and renewable product with toluene and xylene compounds. As can be seen, biobased terpene solvents can be both green and great, and are the equivalent of the grand slam of solvents.

With the efforts being spent by the oil and gas industry to become cleaner and greener by being more proactive and self regulating, and with the increased day-to-day scrutiny from landowners, media and the public, it is getting more difficult to justify continued use of very toxic products, based on cost or convenience.

Biobased products are natural and eminently sustainable, and will be available in sufficient quantities as the demand presents itself. Consequently, one should never have to find himself explaining why he has chosen to continue to use something so harmful, when an effective and safer solution is at hand.

Everyone has seen the numerous environmental problems with the “impregnable quadrilateral of BTEX.” Isn’t it time to move on to the modern grand slam?

KEVIN FISHER is executive vice president of business development at Flotek Industries, where he is involved in developing and marketing green fluid chemistries to optimize the hydraulic fracturing process. He began his career in 1979 with Halliburton, and served for 14 years as a logging engineer, field supervisor, log analyst, U.S. sales manager, and global technical marketing manager. He joined ProTechnics in 1993 as director of sales and marketing, and moved to Pinnacle in 2000, ultimately serving as chief executive officer. He joined Flotek in 2011. Fisher holds three U.S. patents relating to spectral gamma ray, gravel pack density logging, and tiltmeter instrumentation. He has a B.S. in natural science/physics from Cameron University in Lawton, Ok.